In a big achievement, Pakistan Railways deploys 60 freight trains across Pakistan
12 May, 2019 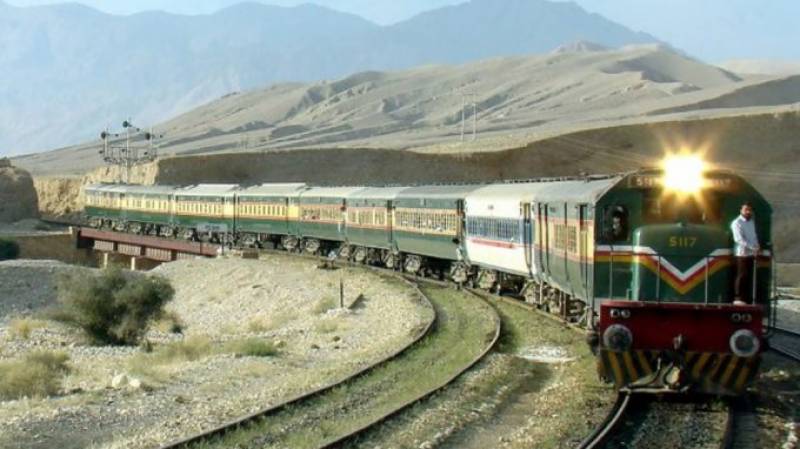 ISLAMABAD - Pakistan Railways presently is operating average 12 freight trains per day from Karachi port to different up destinations to generate revenue for the department.

Besides, at any given time there are about 60 freight trains on track over the system, a senior official in the Ministry of Railways told APP.

He said the freight operation generated revenue of Rs. 12,272.638 million in the financial year 2016-­2017 and Pakistan Railways was playing a vital role in the transportation of goods across the country.

Recently Pakistan Railways has transported imported fertilizer to different parts of the country for Ministry of Industries and Production. Owing to successful operation, other private companies were also approaching Railways for the transportation of fertilizer from ports to upcountry, he added.

He said that traditionally railways used to originate four to five trains of furnace oil from Karachi to upcountry. Due to change in government policy the import of furnace oil has been discontinued. Now Railway approached PSO at the highest level to transport High Speed Diesel (HSD) from Karachi to Taru Jabba and Chakpirana.

The loading of HSD for above stations has been started from April and agreements have been executed with different companies for the transportation of coal in Hopper Wagons from Karachi Port to Jia Bagga, Faisalabad and Kundian stations, he said. He said the companies are developing mechanized unloading facilities at Faisalabad, Jia Bagga, Kundian and Khushal Kot stations on Build Operate Transfer (BOT) basis.

To a question, he said that it is not a fact that the trains are operating between Quetta and Chaman with insufficient facilities and only one train, Chaman Passenger is operating on the route on daily basis and completes its round trip in daylight.

He said in summer season, actual rake composition of the train consists of six coaches whereas in winter season the train is running with four ­coaches due to less than 30 percent occupancy which is considered quite sufficient to meet the present requirement. All the coaches are intact with all public amenities like availability of water and lighting system which are regularly checked before departure of the train and any deficiency is recouped accordingly, he added.

The official said that in the summer season, due to availability of sufficient day light, electric lights are rarely used. However, arrangements have been made to illuminate the coaches in case train runs after sunset.