Complete shutdown observed in Sopore and Baramula
12 May, 2019 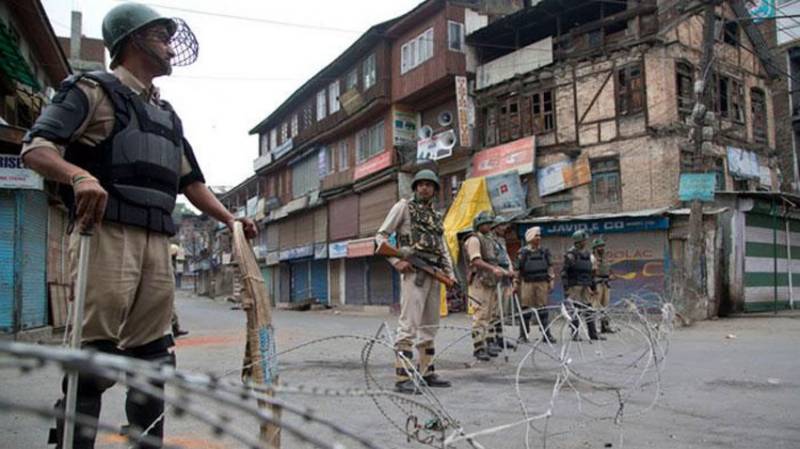 In a statement in Srinagar, today, he deplored that even during the holy month of Ramadan, the Kashmiri detainees are kept in solitary confinement in small cells without basic amenities as unhygienic food and insufficient medical facilities has made them to suffer miserably.

Ali Gilani appealed to the UN Human Rights Council, International Committee of Red Cross and Amnesty International to visit the Indian jails and take stock of the ill-treatment meted out to the Kashmiri prisoners.

Meanwhile, complete shutdown was observed in Sopore town and its adjoining areas in Baramulla district for the second consecutive day, today, to mourn the killing of a youth, Ishfaq Ahmed Sofi, by Indian troops.

The occupation authorities fearing students’ protests against the killing ordered the closure of educational institutes in Sopore, today.

Communal Indian police personnel arrested five Kashmiri drivers at different places on Srinagar-Jammu highway while they were transporting bovine from Poonch area of Jammu to the Kashmir valley.

An unidentified dead body was recovered from river Jhelum in Parimpora area of Srinagar, today.

Over 8,000 vehicles remain stranded at various places on the Srinagar-Jammu highway, which was closed for the traffic on the third consecutive day, today, due to landslides and shooting stones at various places in Ramban.

Prices of essential commodities, particularly fresh vegetables and fruit besides chicken and meat, have witnessed sharp increase during past few weeks due to frequent closure of the highway and ban imposed by the authorities on movement of civilian traffic on the road two days a week.