COAS General Bajwa's message to mothers of martyred sons
12 May, 2019 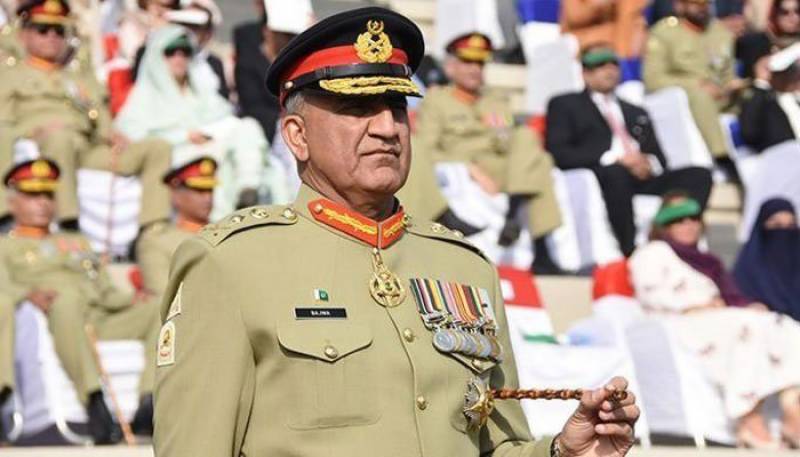 RAWALPINDI: Chief of Army Staff (COAS) General Qamar Javed Bajwa on Sunday paid tribute to the mothers of martyrs on Mother’s Day and said Pakistan will remain undefeated till mothers who are ready to sacrifice their sons for the soil are present.

In his message, COAS said, “Salute to brave mothers of our brave martyrs because of whose sacrifices we stand on such a platform,”

The COAS further said that the progress Pakistan has made is due to the mothers of this nation.

The army chief also honoured the nation’s military mothers for their unwavering dedication and support for strengthening the entire nation. “Salute to such mothers, who sacrificed their sons as brave soldiers for Pakistan. Defeat is impossible with such high-spirited mothers in existence” COAS said.

International Mother’s Day is being observed across the country as elsewhere in the world today.

The day is celebrated on the second Sunday of May every year paying tributes and gratitude to mothers around the world.