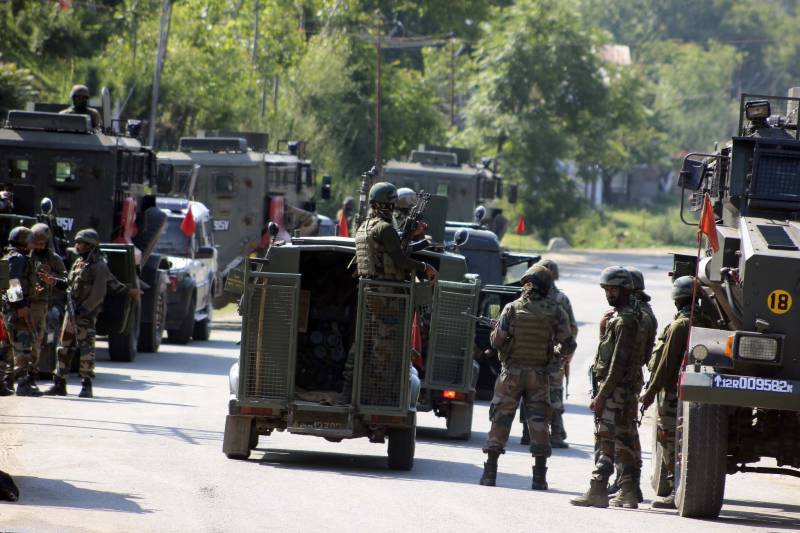 The barbaric act was committed during a cordon and search operation in Kandipora area of district, according to Kashmir Media Service (KMS).

Indian police claimed that the youth were "militants and were killed in an encounter with the troops” in an 18-hour long operation in Kandipora village of Bijbehara in Anantnag district of South Kashmir.

Meanwhile, a complete shutdown is being observed on the second consecutive day in Kralgund, the native area of martyred freedom activist, Abdul Ghani Khawaja, in Handwara.

All shops and establishments are closed while transport is thin in the area.

People also staged a protest demonstration and demanded the dead body of Abdul Ghani Khawaja, who was martyred by Indian troops during a fake encounter in Tujjer Sharif area of Sopore. The Indian Army did not handover the body of the martyr to the family but buried him in a graveyard in Gantamulla area of Baramulla.

Thousands of Kashmiris have been buried in the area in unmarked graves after being killed by Indian troops over the years.