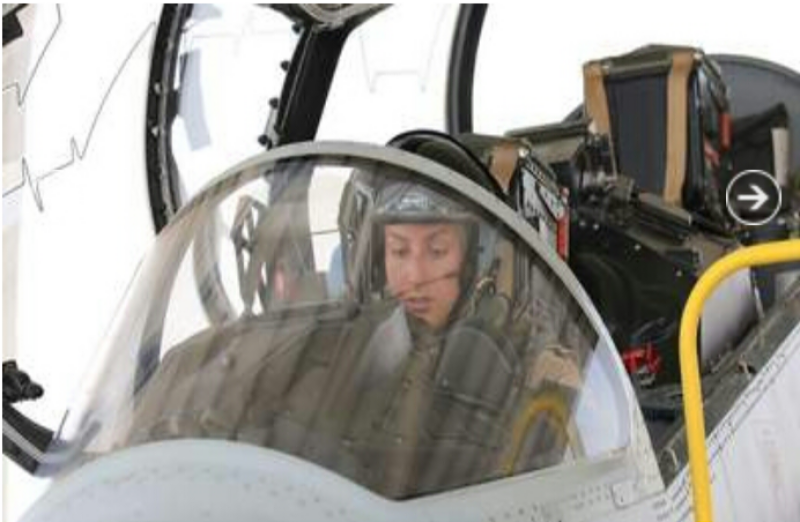 Flown by his Granddaughter Pilot Officer Shaikha Aisha bint Rashid Al Khalifa, the warplane, Hawk, took off today from Shaikh Isa Air Base to perform a one-hour flight in an unprecedented achievement for Bahraini women.

HRH the Prime Minister was keen to follow the major event from take-off to landing. He described it as a unique event and a remarkable accomplishment that embodies determination and the spirit of defiance of Bahraini women. It also reflects resolve to serve the nation and defend it in the most difficult areas.

HRH the Prime Minister congratulated Pilot Officer Shaikha Aisha bint Rashid Al Khalifa on the success of her first flight in a military plane, taking pride in her being the first Bahraini woman to fly a military plane in the history of RBAF. He lauded her strong determination to enter this hard field and become the first Bahraini woman to pilot a warplane after successfully completing hard training in military aviation and graduating from the well-reputed British Royal Military Academy Sandhurst.

HRH the Premier praised BDF as a national edifice that is constantly bringing about multiple achievements thanks to the royal support. He pointed out the development of BDF in all fields, including RBAF which, he said, has become a source of pride with its competencies and successful regional participations. He affirmed that becoming part of BDF personnel is an honour for every citizen, pointing out the role of the BDF personnel in protecting the nation and maintaining its security and stability. He also underlined the BDF's key role in defending the Arab right and stopping interference in its affairs, protecting legitimacy and promoting regional security and stability.

Pilot Officer Shaikha Aisha bint Rashid Al Khalifa expressed heartfelt thanks and gratitude to HRH the Premier for his unlimited support, pledging to exert more efforts to serve the nation under the leadership of His Majesty King Hamad bin Isa Al Khalifa. She described her unprecedented achievement as a dividend of the motivating climate provided by the government for Bahraini women to take part and stand out in various domains of national work.