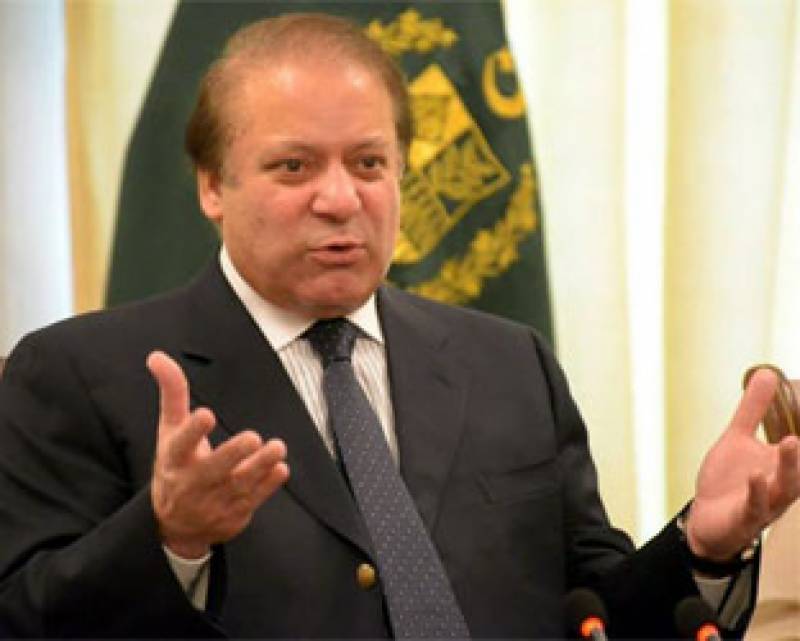 Prime Minister Nawaz Sharif says promotion of regional connectivity is one of the seven pillars of Government’s development strategy and it is actively pursuing this initiative.

He was talking to Minister of Economy of the Kyrgyz Republic Kojoshev Arzybek Orozbekovich who along with delegation called on him in Islamabad on Thursday.

He said the strategy has the potential to integrate South Asia, China and Central Asia–the three engines of growth in Asia.

The Prime Minister said the CASA-1000 project is moving satisfactorily and the recent meeting of Joint Working Group held in Dubai took some important decisions which will ensure the project’s timely completion.

Nawaz Sharif informed the delegation that Pakistan economy’s growth rate has been above 4.84% during last three years and it now offers great investment opportunities for foreign investors.

He said Pakistan has embarked upon a major reform program that aims at fiscal stabilization, mobilizing domestic resources, phasing out subsides, restructuring the power sector and other public sector enterprises and strengthening the social safety nets.

The Prime Minister said that both Kyrgyzstan and Pakistan are members of Central Asia Regional Economic Cooperation and jointly they can achieve the goals of CAREC in the four priority areas including transport, energy, and trade policy and facilitation to alleviate poverty in the region.

He emphasized that the present volume of total trade between the two countries can be further enhanced and hoped that the third session of Pak-Kyrgyzstan Joint Ministerial Commission would prove fruitful in enhancing bilateral trade and economic relationships.