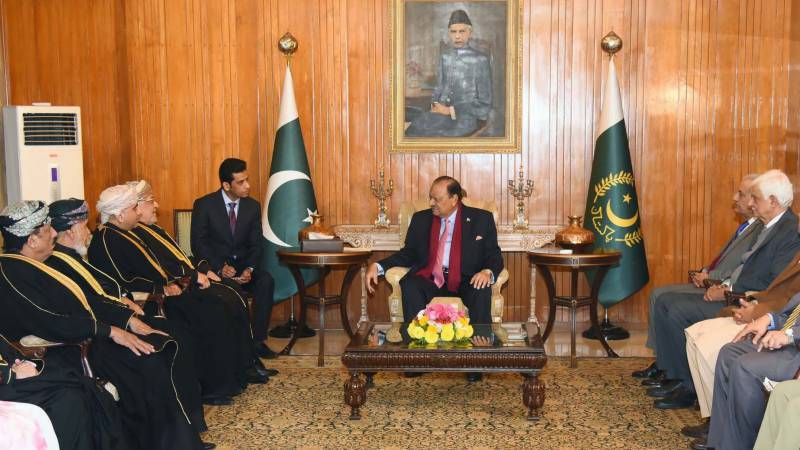 President Mamnoon Hussain says Pakistan greatly values its brotherly relations with Oman, as the two countries are tied in the bonds of common culture, history and heritage.

He expressed these views while talking to an Omani delegation, led by Chairman of it State Council Dr. Yahya Bin Salim Al-Munthri in Islamabad.

The President said exchange of parliamentary delegations would further strengthen relations between the two countries.

Mamnoon Hussain expressed satisfaction over defence cooperation between the two countries. However, he stressed the need that there is wide scope of further expansion of their defence ties.

He said a conducive environment has been created in Pakistan and hoped that Omani investors will seize this opportunity.

The president also welcomed initiative of launching a ferry service between

Karachi-Gwadar and Muscat and said it would open a new chapter of friendship between the two countries.