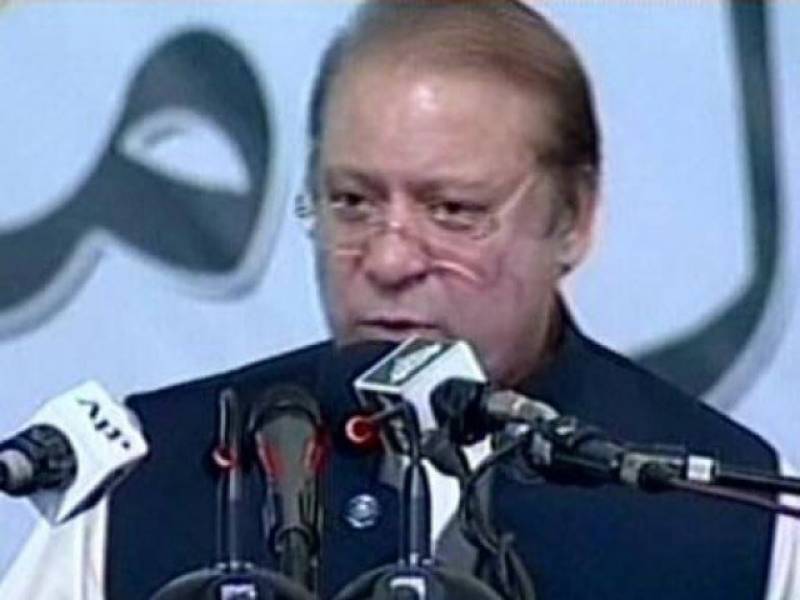 NAROWAL: Prime Minister Muhammad Nawaz Sharif Thursday called upon his political opponents to stop telling lies on daily basis, and not to hinder the way of country's economic development.

"Some politicians tell lies on daily basis. There is no break for them..., they hurl dirty accusations, which have no basis and truth. This nation is progressing. Don't hinder the way of this development," he said while speaking at the launching ceremony of PM's National Health Programme here.

The prime minister said owing to his government's prudent policies over the last three and half years, the backbone of terrorists had been broken, electricity loadshedding had been curtailed to a large extent and Pakistan had been put on the course of development.

With inflation on the downward trend, stock market included in the world's best performing stock markets, Pakistan's economy was expected to grow at around 5.5 % during this fiscal year (2016-17), he added.

The prime minister said Pakistan's economic performance was also being recognized by the world.

"If you cannot assist us in this development, at least stop creating hurdles," he remarked with reference to his political opponents.

He, however, added, "people have become much aware  about national affairs; can judge the truth and lie; and cannot be deceived by telling lies."