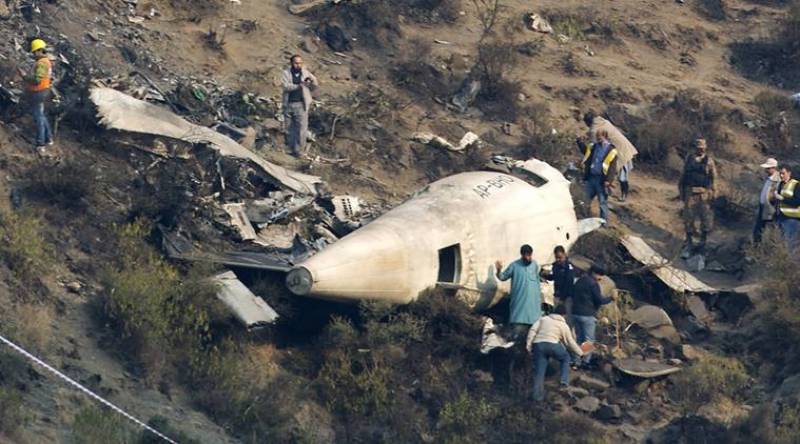 There were no survivors from the ill-fated flight.

According to the secretary, both engines of the aircraft were running "100%" fine when the plane took off from Chitral.

He also revealed that one of the plane's engines was working when the plane crashed, but black box data indicates that no effort was made to land the aircraft before the crash was reported.

Elahi said investigations are still ongoing to determine why the plane crashed despite one of its engines being functional.

Sharing details of the black box report, the CAA secretary said the first call to the control room was made at 4:12pm, and the pilot's voice was seemingly "calm" when he made the call.

Two minutes later, at 4:14pm, the pilot issued a May Day call, saying one of the engines had stopped working.

At 4:17pm, the plane altered its course east instead of heading south, at which point the control room tried to get in touch with the pilot.

The last communication with the pilot was recorded at 4:17pm.

10 to 15 minutes later, the plane was reported to have crashed, Elahi revealed.

He said the data from the black box is "100 per cent" unaltered, and that the investigation was conducted independently, without any involvement of the CAA or PIA.