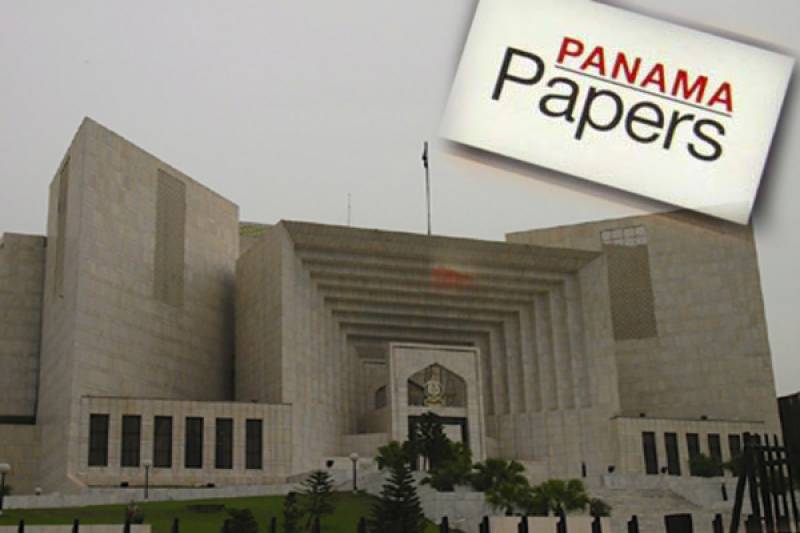 The PM's counsel Makhdoom Ali Khan denied that his client had anything to do with the London flats before a five-judge bench headed by Justice Asif Saeed Khosa.

Khan argued that the family business was transferred to Nawaz Sharif's son, Hussain Nawaz after the death of Mian Sharif, the PM's father. "Nawaz Sharif had nothing to do with it," he said.

"If there was no connection, then how does the money trail lead to the London flats?" Justice Khosa inquired. "There are two different money trails before us.

The PM's counsel denied Nawaz Sharif had been a director of the family's Dubai factory.

Khan told the bench that the Dubai factory was established after taking a loan, upon which he admonished by a judge for presenting documents in court that did not make this apparent. The counsel asked the court to form a commission "to go to Dubai and review allegations made against the prime minister."

Justice Ijazul Hassan observed that the prime minister had recognised the Dubai mills and said all records are available. "Now the burden of proof is on you," he told the PM's counsel.

Khan was of the opinion that presenting documents and proof is the petitioner's job.

Justice Khosa remarked, "the prime minister's lawyer will have to satisfy the court" regarding the ownership of the Dubai factory.

Justice Sheikh Azmat Saeed told Makhdoom Khan that the Panamagate case is based on contradictions in statements made by the prime minister on the floor of the National Assembly after the Panama leaks last year.

The judge, referring to the plaintiff's allegations that Nawaz Sharif provided incorrect statements, told the counsel, "If you disagree, then you will have to prove it."

"If there is a small mistake in the speech, it can be overlooked. But if mistakes were made on purpose, there will be serious consequences," Justice Ejaz Afzal warned.

"We do not believe that the speech was wrong but if something was hidden on purpose, we will consider that to be a half truth," Justice Khosa said.