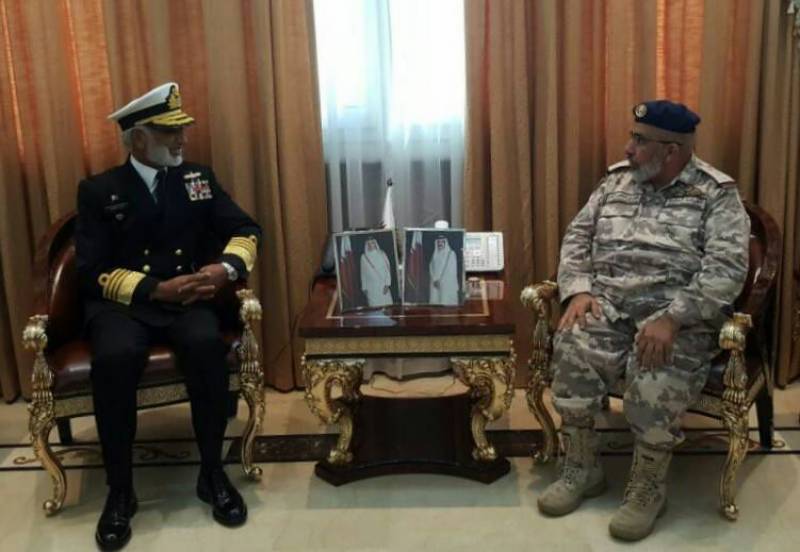 During the meetings, matters pertaining to defense cooperation and joint collaboration came under discussion.

Admiral Zakaullah highlighted Pakistan's commitment and performance in fight against terrorism, including participation in Coalition Maritime Campaign Plan (CMCP) and Counter Piracy Operations as well as Command of multinational Task Forces 150 and 151.

Chief of Staff Qatar Armed Forces lauded Pakistan’s efforts in promoting peace and security in the maritime domain for freedom of seas and free flow of the trade.

The Chief of the Naval Staff apprised him of Pakistan's role in war against terrorism and highlighted role of Pakistan Navy in different operations.