Donald Trump says he turned down $2bn Dubai deal over the weekend
12 Jan, 2017 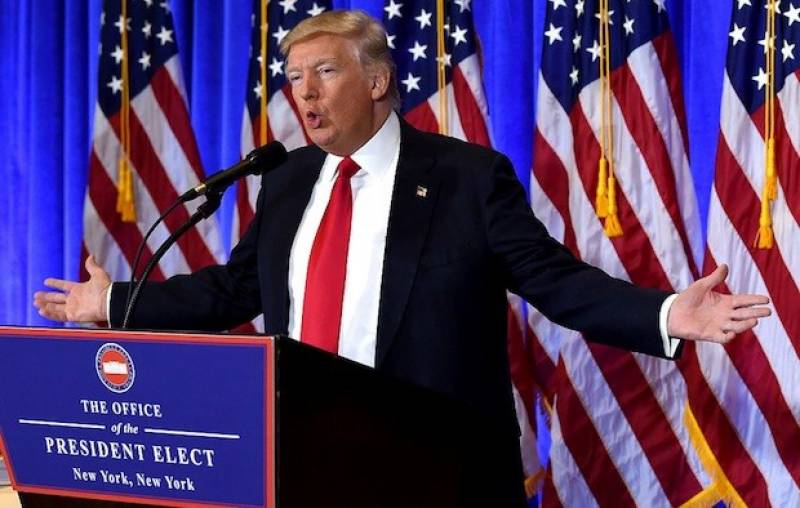 NEW YORK: (APP) US President-elect Donald Trump said Wednesday that he rejected a $2 billion deal in Dubai last weekend, demonstrating he was putting his business behind as he prepares to move into the White House.

"Over the weekend, I was offered $2 billion to do a deal in Dubai with a very, very, very amazing man, a great, great developer from the Middle East," he told a press conference.

"I didn't have to turn it down," he said. "But I have a no-conflict-of-interest provision as president."