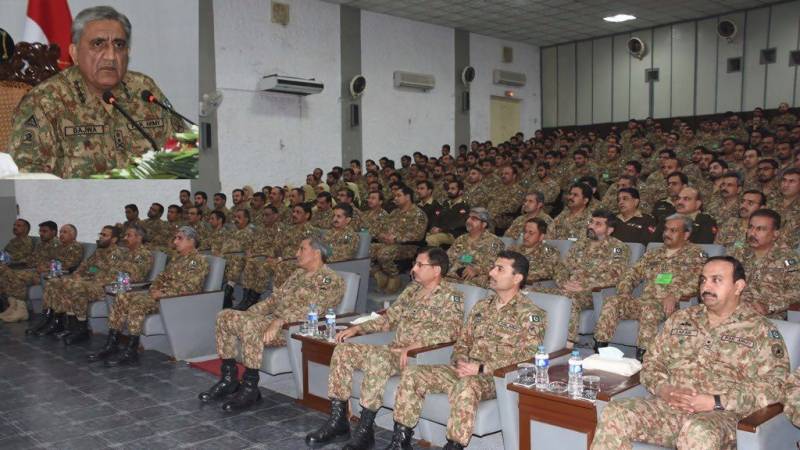 RAWALPINDI: Civil - Military tensions in Pakistan have started to rise once again over the issue of the Dawn Story and the military Courts.

Speaking to the media persons last week, Rana Sanaullah said that the performance of the military courts hadn’t been up to the mark. The law minister, however, took a u-turn a day later and appreciated the role of military courts in tackling terrorism.

The federal government swung into action and distanced itself from Sanaullah’s remarks, saying that the provincial law minister lacked knowledge about the military courts.

Army offices lodged a complaint about Rana Sanaullah’s recent public remarks about the military courts and questioned the government’s failure to complete its inquiry into Dawn leaks.

According to ISPR, General Bajawa visited Jhelum and Kharian Garrison and addressed officers.