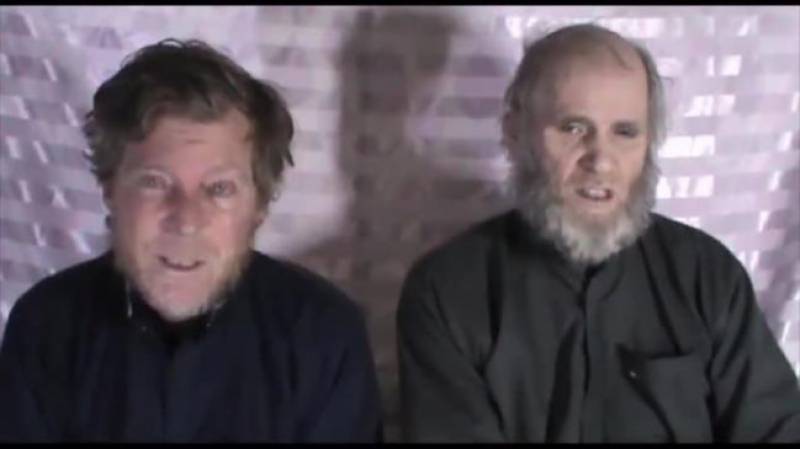 The Afghan Taliban has released a video showing an Australian and an American hostage pleading the U.S. government to negotiate with their captors.

Timothy Weeks, an Australian teacher at the American University in Kabul and his American colleague Kevin King were abducted from near the campus in August last year.

Meanwhile, US Special Inspector General for Afghanistan's Reconstruction John Sopko in Washington said even after the passage of two years of the handing over of security duty to Afghan forces by NATO, the Afghan National Army has been unable to face Taliban.

He said since US-led NATO troops stopped leading patrols and taking active part in the fighting at the end of 2014, Afghan army and police forces have suffered thousands of casualties and face continued assaults by a well-armed Taliban.

He said Afghanistan has also been badly crippled by corruption.