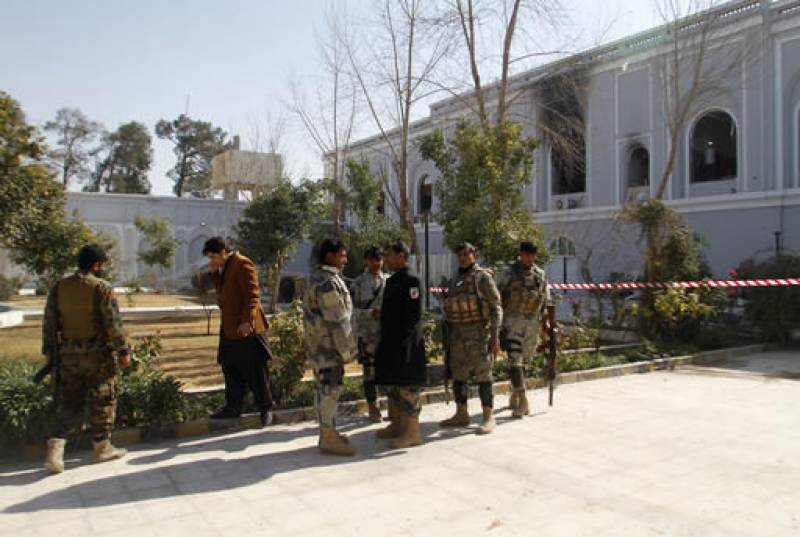 WASHINGTON: (APP) Two years after NATO handed responsibility for Afghanistan's security to local forces, the country remains crippled by corruption and its troops can barely hold the Taliban at bay, a US inspector said Wednesday.

Since US-led NATO troops stopped leading patrols and stepped into an advisory and support role at the end of 2014, Afghan army and police forces have suffered thousands of casualties and face continual assaults from a well-funded and well-armed Taliban.

"As much as I wish I could say much has improved in Afghanistan over the past two years, I cannot," John Sopko, the Special Inspector General for Afghanistan Reconstruction (SIGAR), told a Washington think tank.

Sopko was speaking as his agency published a list of high-risk threats to Afghanistan, less than two weeks before incoming President-elect Donald Trump takes office.

Just as President Barack Obama did eight years ago, Trump is inheriting an Afghan conflict that seems impossible to resolve.

Trump has offered few indications of his plans for Afghanistan. In a 2013 tweet, he said "Let's get out" of the country and said the money America spends there would be better used at home.

Neither he nor his Democratic opponent Hillary Clinton gave Afghanistan more than a passing mention during the presidential campaign.

Sopko noted the number of armed groups opposing the Afghan government is growing, and said the amount of Afghan districts under government control or influence dropped from 70.5 percent at the start of 2016 to just 63.4 percent by the end of August.

"At a minimum, they're playing defense and are not taking the fight to the Taliban."