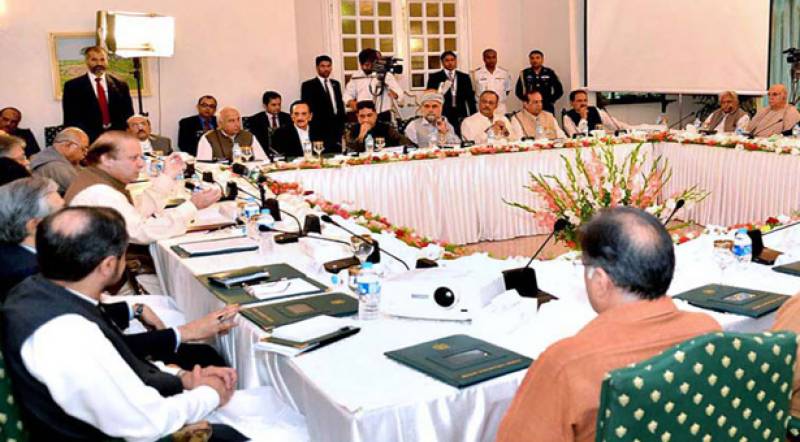 ISLAMABAD: All Parties Conference was held in Islamabad to take up Baluchistan’s reservation over CPEC project. The conference was presided by Sardar Akhtar Mengal, the leader of Baluchistan National Party.

As per details, the APC demanded that the Prime Minister to honour a commitment he had made at an earlier APC held on May 28 last year. APC unanimously approved 12 resolutions.

The APC demanded the government to hand over the control of Gwadar deep seaport to the Baluchistan government through fresh legislation.

Addressing the conference Federal Minister for Planning, Development and Reforms Ahsan Iqbal announced that Energy projects worth over $25 billion are set to be completed under the CPEC.

Ahsan Iqbal expressed his hope that China-Pakistan Economic Corridor will prove to be a game changer in the region.