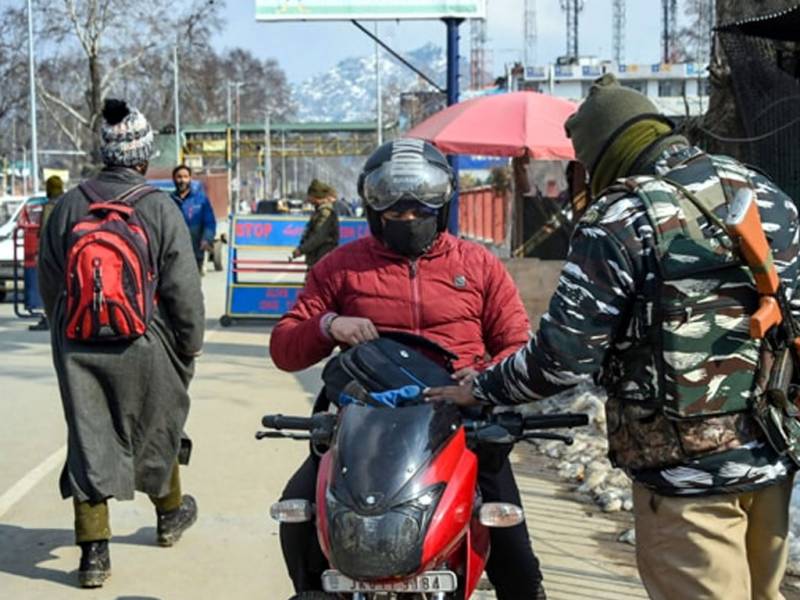 *SRINAGAR - The Indian Army in occupied-Kashmir has been checking the mobile phones of people there for Virtual Private Networks (VPN) and thrashing them if they find one using it.*

VPN allow users to mask their location and browse the internet more securely. Since the Indian government imposed a curfew in the valley and allowed access to only 329 whitelisted websites, there has been a surge in interest in the VPN applications as people turned to the applications to get around the restrictions.

However, the Indian army keeps a stern check on the phones, especially on the youth's. This has led to the youth to keep their phones 'clean', *scroll.in link* reported. A teenager from Kashmir's Kulgam district has said he does not carry his smartphone when he goes out and instead carries a simpler one. "It's just to avoid the attention of the army. They stop people and check their phones. I heard many were beaten up by the army when they found VPN apps installed in their phones," the seventeen-year-old said.

Another has also affirmed that army personnel check mobilephones for the applications. Sanam Aijaz, a television journalist said that he was also stopped by army personnel who got furious when Aijaz told him he was using VPN app. "When I told him I am using one, he got furious. He abused me and told me – you are using this VPN to spread terrorism. I told him it's a VPN, not an AK 47," he said.

Not only is the army checking for VPNs on phones, but private internet service providers have been asking organisations and companies who have been allowed access to broadband, for a written undertaking. The providers ask for a written undertaking that the users will not use internet connections to access social networks, proxies or VPN applications.

While one internet provider denies that they have been asked by the authorities for these undertaking, another official from a private internet service provider in Srinagar has revealed that a copy of the undertaking has to be submitted to the government.