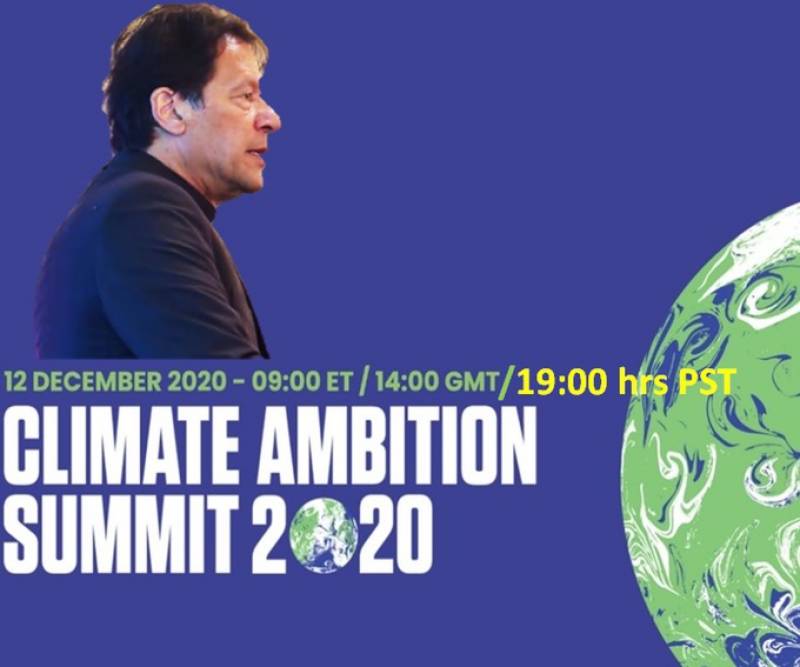 ISLAMABAD – Prime Minister Imran Khan will deliver a speech at the Climate Ambition Summit organized by the United Nations on Saturday via video link.

The UN has organized the ambition summit in connection with the 5th anniversary of the Paris agreement.

Khan will apprise the world about the efforts being made by Pakistan to mitigate the effects of climate change in the country. The speech will be live at 7 pm today.

At the summit, the countries will set out new ambitious commitments under three pillars of Paris Agreement including mitigation, adaptation, and finance.

UN Secretary-General Antonio Guterres and Johnson announced to co-host a "landmark global event" on December 12. The climate emergency is fully upon us, and we have no time to waste. The answer to our existential crisis is swift, decisive, scaled up action and solidarity among nations, Guterres said in a statement.

Earlier the United Kingdom was to host this year's summit in Glasgow but the event was postponed in wake of the ongoing pandemic.