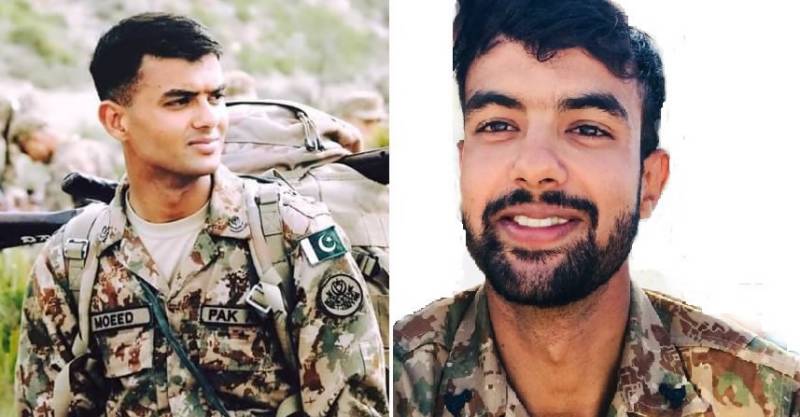 PESHAWAR - Two officials of Pakistan Army were martyred in a terrorist attack in North Waziristan Agency.

The ISPR said that Second Lieutenant Abdul Moeed and Sepoy Basharat were martyred after terrorists fired on their vehicle from the surrounding mountains.

President Mamnoon Hussain has strongly denounced the terrorist attack on an Army Vehicle in North Waziristan.

Praying for the martyred in the despicable incident, the President said that our armed forces have given innumerable sacrifices in the war on terror.

He said that by rendering sacrifices, the armed forces have secured the future of the nation.

Prime Minister Shahid Khaqan Abbasi has strongly condemned terrorist attack on a vehicle of the Pakistan Army at North Waziristan.

In his condolence message, he stated that these matchless sacrifices of precious human lives, in the war against terrorism, will always be remembered as they form the most important aspect of our national history.

The Prime Minister said as a nation, we will never forget the greatest contribution of our valiant Armed Forces in the war against the enemies of our country.

In a message, he said freedom is not free and it costs sons of the soil.

He said freedom that we enjoy today is owed to so many such brave hearts.

The National Assembly, which resumed its session in Islamabad this morning with Speaker Sardar Ayaz Sadiq in the chair, offered fateha for the two soldiers martyred in an attack on army vehicle by the terrorists in North Waziristan Agency.