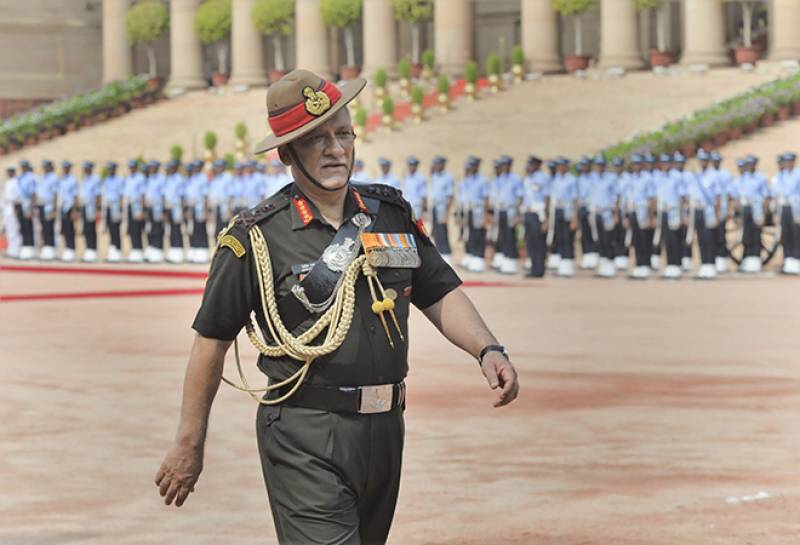 The proposed plan to be executed in 5 years include over 110 new fighter jets, Naval stealth warships and submarines and state of the art equipment for Indian Military.

After facing humiliation from Pakistan Air Force over failed Balakot strikes aftermath, India has unveiled largest ever mega Military upgrade plan of it's history worth $130 billion.

Indian government unveils a mega plan to spend $130 billion to bolster combat capability of the armed forces in the next five to seven years, according to an official document.

Official sources said the government has decided on a broad plan to speed up modernisation of the Army, Navy and the Air Force under which a range of critical weapons, missiles, fighter jets, submarines and warships will be procured in the next few years.

Another key priority is to procure 110 multirole fighter aircraft for the IAF.

"The government will spend $130 billion for fleet modernisation in the next 5-7 years across all armed forces," the official document stated.

The armed forces have been pushing for adequate allocation of funds so that they are well prepared to deal with the possibility of a "two-front" war on both northern and western borders.

Sources said government is aware of China significantly ramping up its air and naval powers, adding the aim is to equip both the the Indian Air Force and the Indian Navy with capabilities at par with its adversaries.

The sources said the government is also determined to significantly enhance IAF's overall combat capabilities and a detailed plan is being finalised.

The government is also working on a mega defence project to make the airspace over almost all its major cities, including Delhi and Mumbai, virtually impregnable, the sources said.

It is also inducting the first batch of its intercontinental ballistic missile system -- Agni V -- which is expected to significantly bolster the country's air defence system.

The missile, with a strike range of 5,000 km, is capable of carrying a nuclear warhead. Very few countries, including the US, China, Russia, France and North Korea, have intercontinental ballistic missiles.

The sources said the government's focus will be to develop the domestic defence industry and key policy initiatives are expected to be rolled out for it in the next couple of months.