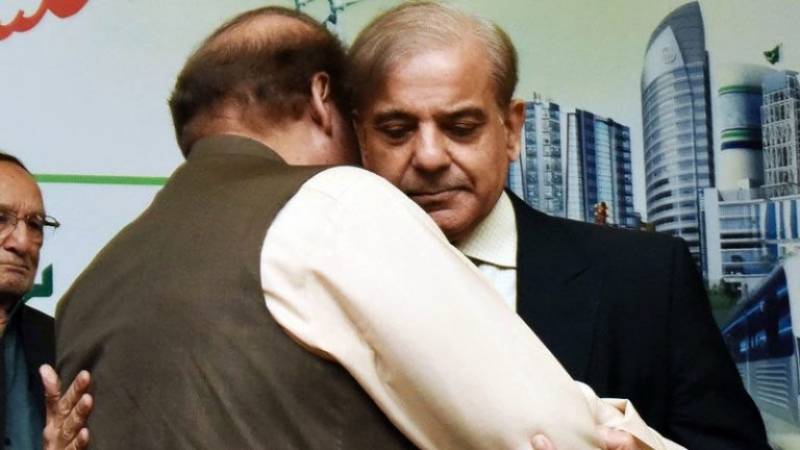 *He on Tuesday visited the Adiala Jail to meet Nawaz Sharif and his daughter and discussed with them funeral arrangements of Begum Kulsoom Nawaz.*

During the meeting, Shahbaz Sharif informed them about Kulsoom’s passing as conveyed through doctors from London hospital. Both discussed the arrangements of for the burial of Kulsoom Nawaz. She is expected to be buried at the ancestral graveyard at the family’s residence in Jati Umrah in Raiwind.

Her funeral prayers were offered at the Regent’s Park mosque in central London. The arrangements to bring back her body will be made after a death certificate is issued.

Shahbaz Sharif is expected to leave for the United Kingdom on the next available flight to bring back the body of his sister-in-law who passed away in London after a long battle with cancer.

Her husband and daughter, who are currently imprisoned after being convicted in the Avenfield reference case, are expected to be released on parole to attend the funeral ceremony.

PML-N leader Imran Nazeer has said that Shehbaz Sharif will leave for London after consulting with the family, and that Kulsoom Nawaz is likely to be buried in Jati Umrah.

He said that it could take two to three days to repatriate her body after undergoing all necessary procedures. He added that it is the legal right of Nawaz Sharif to be released on parole.

Several representatives of the Pakistan High Commission in London also visited the Harley Street Clinic to make arrangements to bring back Ms Nawaz’s body to Lahore.

A diplomatic source informed that the body could be brought back by tomorrow, while an embassy official are been instructed to coordinate with the Sharif family.

Begum Kulsoom passed away in London after a long illness and battle with cancer. She was reportedly place on life support after her health deteriorated earlier today and she developed a lung problem.

The three-time former first lady was diagnosed with early stage lymphoma in August last year. She was in London ever since and underwent multiple surgeries and chemotherapy sessions.