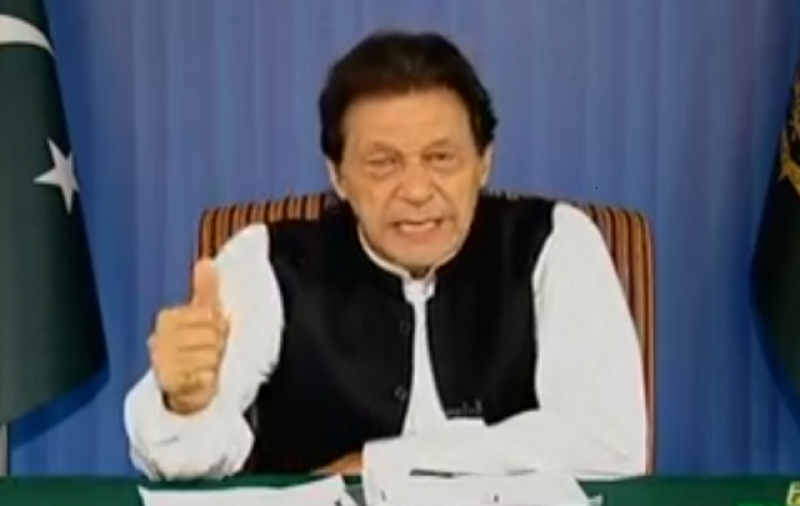 *ISLAMABAD - Imran Khan has been granted relief from the Anti Terrorism Court.*

*He will no longer have to appear before the anti-terrorism court for** the PTV, parliament attacks case.*

On Tuesday, a special court granted the premier permanent exemption from appearance.

The court accepted the requests for exemption of Foreign Minister Shah Mehmood Qureshi, and Finance Minister Asad Umar, among others.

Khan’s legal counsel Babar Awan submitted power of attorney to the court, which will allow him to appear in place of the prime minister.

The prosecutor remarked that he has no problem with Imran Khan being exempted.

During anti-government sit-ins in 2014, the PTI and the Pakistan Awami Tehreek leaders were booked in four cases, including those for SSP Asmatullah Junejo torture, PTV attack, Parliament attack and loudspeaker Act violation.

The PTI and the PAT staged sit-ins in Islamabad and marched towards parliament and PM House in 2014 to protest the police opening fire on protesters in Model Town and alleged rigging in the 2013 general elections.

On May 4, the anti-terrorism court acquitted by the ATC in the SSP Asmatullah Junejo attack case.

The next hearing will be held on October 1, Monday.