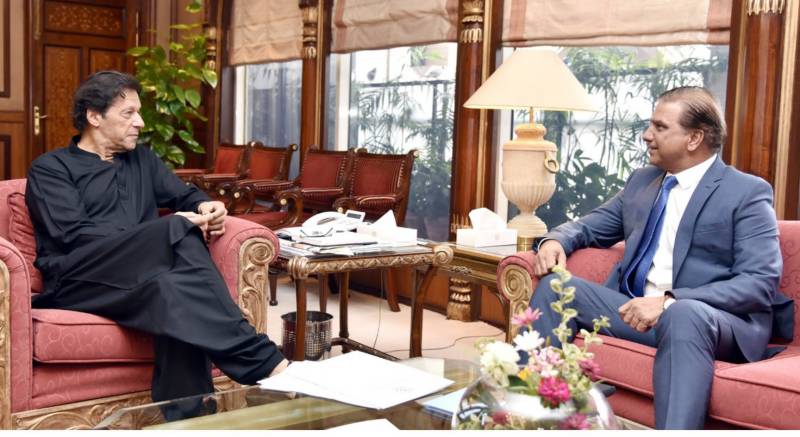 He was talking to Chairman WAPDA Muzammil Hussain who called on him in Islamabad today.

During the meeting, the Prime Minister said given the exigency he may supervise the dams project himself.

Imran Khan said the total outflow of water in Pakistan is 45 million acre feet, of which eighty percent is in three months and only twenty percent in rest of nine months.

The Prime Minister said Pakistan has 185 dams, of which only two are large ones. On the other hand, India has five thousand dams and China has eighty four thousand including four thousand large ones.

The Prime Minister underlined the need for construction of dams for not only conservation of water resources in the country but also for adding low-cost hydel electricity to the national grid.

Terming the construction of Diamer Bhasha and Mohmand dams critical for the country, he reiterated his resolve to spearhead the campaign for construction of the two vital water reservoirs as soon as possible.

Fundraising campaign for dams and other issues came under discussion.

Governor Sindh Imran Ismail was also present on the occasion.