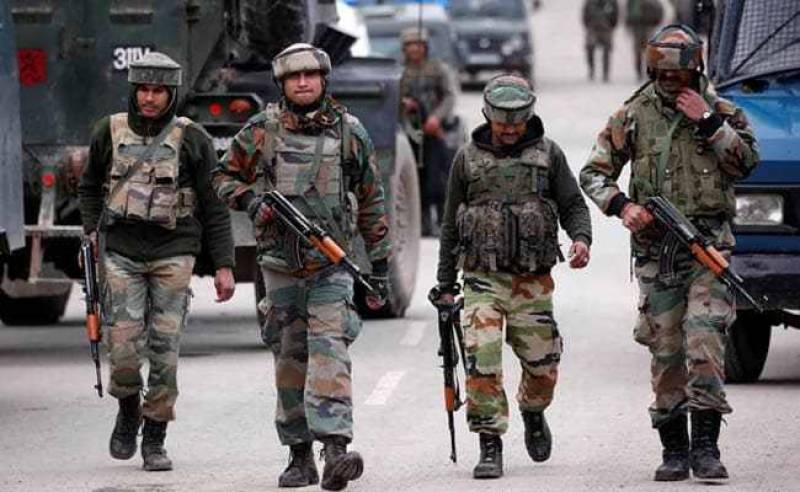 ISLAMABAD: The students of Islamic University of Science and Technology (IUST) were harassed by the Indian troops in Pulwama district when they were busy in a surveying exercise.

B-Tech students of 5th semester, who were part of a group of almost 50 students including females, told media in Srinagar that on Monday afternoon all the students under the guidance of their teachers were busy performing the surveying exercises when a group of army soldiers passed through the surveying camp, KMS reported.

“The men in uniform called two of the students and asked them what they were doing there,” the students said. “They duo told the army that they were at the site for performing surveying experiments,” they said.

The students said that the army men hurled invective at them and told them that they should pick up gun, instead.

“You have to pick up gun anyways. Either after completing PhD, B Tech or any other degree, you are bound o pick up gun and get killed. Even (Riyaz) Naikoo is PhD,” the army personnel told the students.

The troops later called the teachers, including a female, and did not spare them for their share of invectives. “The female teacher and other female students were also abused and harassed,” the students said. “They checked the teachers’ cards and told them that they were teaching the future militants,” they added.

The students and the teachers, feeling threatened, closed the surveying camp and fled from the spot. Back at the varsity, the students held a protest demonstration demanding action against the army soldiers.