Peshawar Zalmi has set a new precedence in the history of Pakistan
11 Sep, 2018 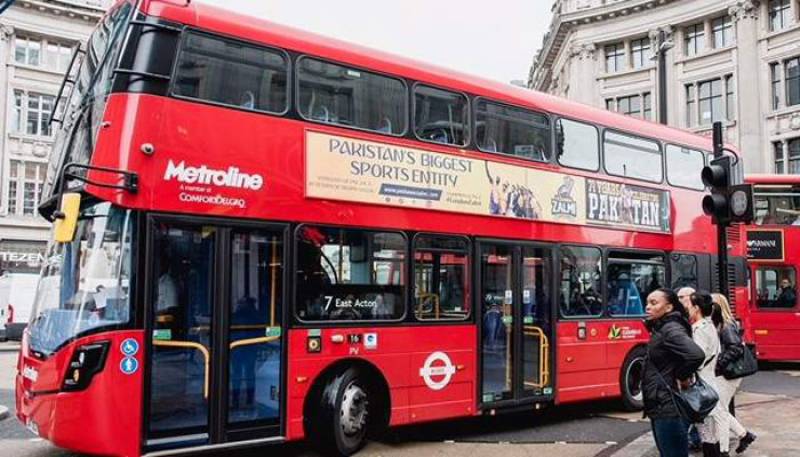 ISLAMABAD - Peshawar Zalmi has set a new precedence in the history of Pakistan.

Zalmi has arrived in London to roam around and provide fans the opportunity to capture selfies with the team.

"This initiative is dedicated to Pakistan and our Armed Forces," said Peshawar Zalmi Chairman, Javed Afridi.

The ‘Zalmi Family’ expresses hope that it would receive a rousing welcome by the Londoners and the Zalmi fans residing in London, owing to the services it provided for the betterment of sports in Pakistan, a private news channel reported.

Peshawar Zalmi has also provided an opportunity to the Londoners to win exciting prizes for which a photograph of the LondonZalmiBus is to be captured.

Javed has announced that exclusive merchandise including signed Peshawar Zalmi shirts and souvenirs would be handed over to the winners who upload the picture with the hashtag #LondonZalmiBus.

"Zalmi has fans around the world and we are always looking to connect with them. Zalmi fans are our most prized asset, he said.

#LondonZalmiBus This is for the first time, the Zalmi team has arrived in London”, he added.

Led by Darren Sammy, the team won the second edition of Pakistan Super League in 2017 and has been on the hunt for new talent across the country.

Peshawar Zalmi has also tried to help the victims of Army Public School, Peshawar as a fully-funded trip of 152 children to Dubai was arranged by the team so they could take part in the opening ceremony of Pakistan Super League season 1. The franchise is also exploring other areas of sports besides cricket and is nurturing the young talent so they can fulfill their dreams and a positive image of the country can be projected.

The London tour is a testament to the same intention.

Fans from all over the world and Pakistanis visiting London were overwhelmed to see their own team roaming around the streets of London.

Javed also said: “Through this campaign, we are not only connecting with our fans but also portraying a positive image of Pakistan at a global scale”.

He added that the campaign is dedicated to Pakistan and the Pakistan Armed Forces.