Pakistan gets a diplomatic victory against India in the UN
11 Sep, 2018 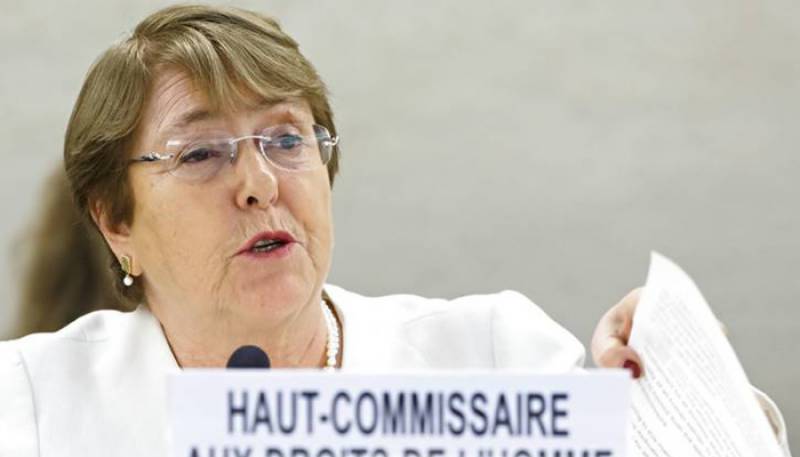 ISLAMABAD - Pakistan gets a diplomatic victory over India in United Nations.

India has been snubbed by the New UN High Commissioner for Human Rights Michelle Bachelet.

She has called on India to take meaningful action on addressing issues highlighted in the UN report on human rights violations in Kashmir.

Pakistan has been the sole diplomatic source in highlighting the India and it's Military state terrorism in Occupied Kashmir.

In a written statement on Monday, the former Chilean president who succeeded Zeid Raad al Hussain as UN High Commissioner for Human Rights this month, said the people of Kashmir had the same rights to justice and dignity as people all over the world.

“In Kashmir, our recent report on the human rights situation has not been followed up with meaningful improvements, or even open and serious discussions on how the grave issues raised could be addressed,” she said.

“The people of Kashmir have exactly the same rights to justice and dignity as people all over the world, and we urge the authorities to respect them. The Office continues to request permission to visit both sides of the Line of Control, and in the meantime, will continue its monitoring and reporting,” the rights commissioner added.

In his report to the UN Human Rights Council in June, Bachelet’s predecessor Zeid Hussain had sought an “establishment of a commission of inquiry to conduct a comprehensive independent international investigation into allegations of human rights violations in Kashmir” and asked the governments of India and Pakistan to “fully respect the right of self-determination of the people of Kashmir as protected under international law”.