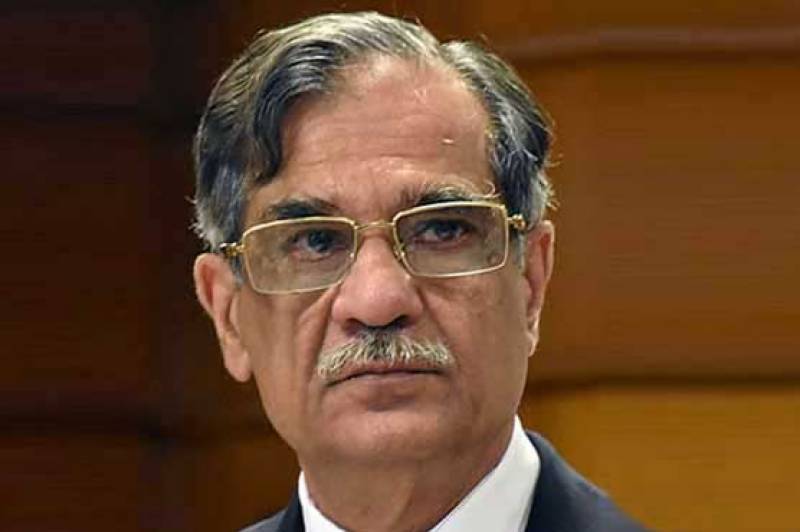 ISLAMABAD – The Chief Justice of Pakistan Mian Saqib Nisar has lashed out at those calling the fund raising for Diamer Bhasha Dam as begging.

He remarked that those calling dam funds ‘begging’ should be ashamed of themselves.

While hearing a case pertaining to early construction of Punjab Kidney and Liver Institute, the CJP said, “The construction of dam is in national interests and we are gathering funds for it. Those criticizing the move are dishonorable.”

During the case proceedings, the CJP directed to form a committee in the matter while eliminating the board of governors.

Justice (retd.) Iqbal Hameedur Rehman will chair the committee which will be comprised of Shahid Niaz, Saifullah Chitthi, Khusro Pervaiz and Jawad Sajid.

“The committee will be finalized if the members express their consent,” remarked the CJP.

“The institute has become a unique department of Pakistan therefore; hurdles will not be created in its way. The trust formed to run the department is beyond understanding. Rs32 billion were funded to the trust among which Rs23 billion have been spent. All the expense is being paid by Punjab government,” added the Chief Justice.

The institute’s lawyer Hamid Khan told that the trust is a part of health department. The contractor’s lawyer Naeem Bukhari submitted recent pictures of hospital and recommendations for its running in the court.