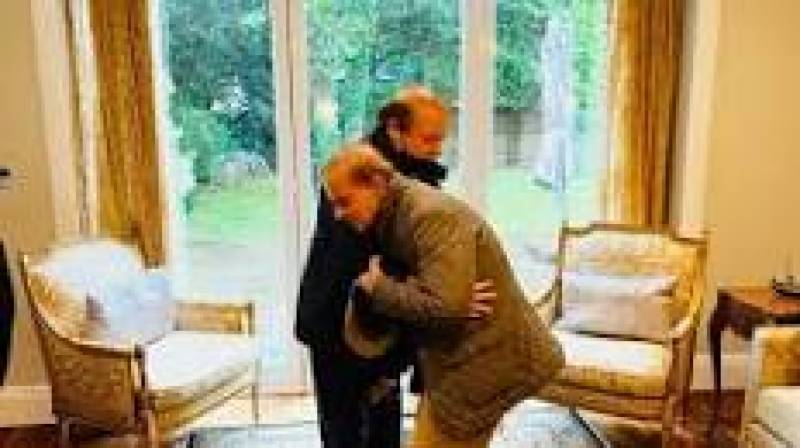 The political huddle in London could not choose Army chief General Qamar Javed Bajwa’s successor, it was learnt on Thursday.

The meeting, however, decided that the government would not succumb to any pressure from any quarters regarding the new military chief, including PTI Chairman Imran Khan.

Prime Minister Shehbaz Sharif along with Defence Minister Khawaja Asif and others, who are in London in order to seek “guidance” from PML-N supremo Nawaz Sharif on key issues and developments, primarily discussed the appointment of new army chief, in addition to analysing the recent statements from the military’s media wing, government’s strategy to deal with the PTI’s long march, among other things.

Meanwhile, the Sharif brothers reiterated that no concession – or face-saving as the elder Sharif put it the other day in a tweet – would be given to the PTI chief in connection with his demand for early elections or a date for the next elections by marching to the garrison and the capital city.

Sources privy to the development revealed that PML-N and the coalition leadership feel that Imran has exhausted all options but he could not get support from the powers that be, saying his desperation was evident through his recent statements.

A source revealed that the London huddle has, primarily, mulled over new army chief’s appointment but also deliberated on the PTI’s long march; when the elections suit the incumbent government; what are the areas where it is lacking; and when the PML-N supremo could return to Pakistan. “Above all, everything is banking on the army chief’s appointment, that’s the top agenda item,” the source said.

In an interview to a media outlet, the defence minister also confirmed that he along with the prime minister were in London to seek guidance from the elder Sharif, saying the huddle could not finalise the name of new army chief during its meeting on Thursday but hoped that things in this regard would settle down soon.

Previously, Asif recalled that the summary for the new military chief was moved after November 18, saying there was still a week’s time left and hopefully things would timely and smoothly conclude in this regard.

Sources in the PML-N revealed that the government was clear in its mind that it wanted stable relations with the establishment, adding the plan was to achieve “reverse engineering” and to appoint a military chief, who does not force the government for early elections.

“Agreeing for the snap polls or giving a date for early elections would be tantamount to committing political suicide,” the source said.

Surprising as it may seem, the source said, neither the government nor the establishment can afford elections right now or anytime soon keeping the precarious economic situation and floods that have caused havoc in the country.

“Things would not settle until the appointment of the new army chief,” the source admitted, saying the premier’s sudden departure to the UK was in line with the evolving situation, especially, after army chief began farewell meetings.

The PML-N sources said that the incumbent government was looking for a military chief, who would help keep things smooth with the establishment, continue the current momentum between the two sides and would not resort to force early elections on the government as, for the ruling alliance, a political death was acceptable in any shape, than a political compromise.

He said that the Sharifs and the top leadership of its allies are mindful that the fundamental relationship between the PTI chief and the establishment was not going to change anytime soon, especially, after the spy chief’s press conference and Imran’s allegations against a military officer in connection with the gun attack at a PTI rally in Wazirabad.

The PML-N sources said that the London huddle gauged that Imran’s accusations against the prime minister, interior minister and the military officer were “nothing more than a political stunt”.

The source said that “long or short march” is not going to change the government’s mind as they cannot afford elections right now after “burning their political capital”.

The PML-N and its allies have decided that neither the government would give victory – even perceived victory – to the PTI regarding next general elections no matter wherever things go from here, saying confrontation suits the ruling alliance than making a compromise.

“Neither would the government agree for snap polls nor will it agree to give any date for early elections, no matter what route the PTI takes to exert pressure on the government; it’s final,” a source privy to the developments in London said.

The PML-N sources said that the party supremo’s tweet the other day barring PM Shehbaz from engaging in talks and giving face-saving to the PTI chief in connection with his long march was also endorsed in the meeting.

In the London meeting, the sources said, it was assessed once again that compromise on elections does not suit the ruling alliance, saying the government and its allies already had clarity on the political situation but, since, situation was evolving rapidly, the bigwigs had once gathered in London to discuss “tactical maneuvering”.