Setback for Pakistani cricket team ahead of the semifinals
11 Nov, 2021 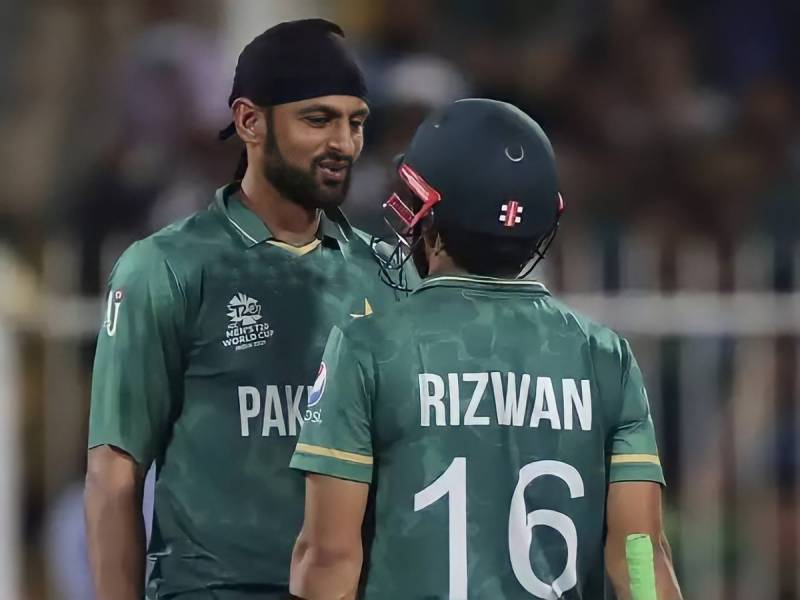 DUBAI – Pakistan’s in-form batters Mohammad Rizwan and Shoaib Malik missed a training session on Wednesday as the duo caught the flu, ahead of a crucial semi-final against Australia.

Reports in local media said both players were tested for novel coronavirus while the tests came negative. PCB officials termed their illness as ‘light flu and fever’ and the duo was initially advised to delay training.

Men in Green are not ‘concerned’ at the moment about their participation in the semifinal, and will be reviewing their status shortly while sources said that both players will have to pass a fitness test before the game.

The opening batsman Rizwan is Pakistan’s leading run-scorers, with 214 runs against his name, and his absence will hurt Shaheens at the top of the order and behind the stumps.

Meanwhile, some reports in mainstream media claimed that former captain Sarfaraz Ahmed will replace Rizwan if the latter remains unfit – but he will play lower down the order. Fakhar Zaman will reportedly open the innings with skipper Babar Azam.

Seasoned player Malik, who scored the fastest fifty in Pakistan’s T20I history against Scotland in 18 balls, is likely to be replaced by young player Haider Ali.

In the meanwhile, the PCB and team players are hopeful that both players will recover in time for the match.

Green Shirts have so far played five matches with the same squad in the ICC mega event and officials and players are in no mood to make changes ahead of crucial games.

Babar-led squad is set to take on Australia in the T20 World Cup semi-final today (Thursday) in Dubai the playing XI remained undefeated in the Super 12 stage of the tournament, where they beat India, New Zealand, Scotland, Afghanistan, and Namibia,.