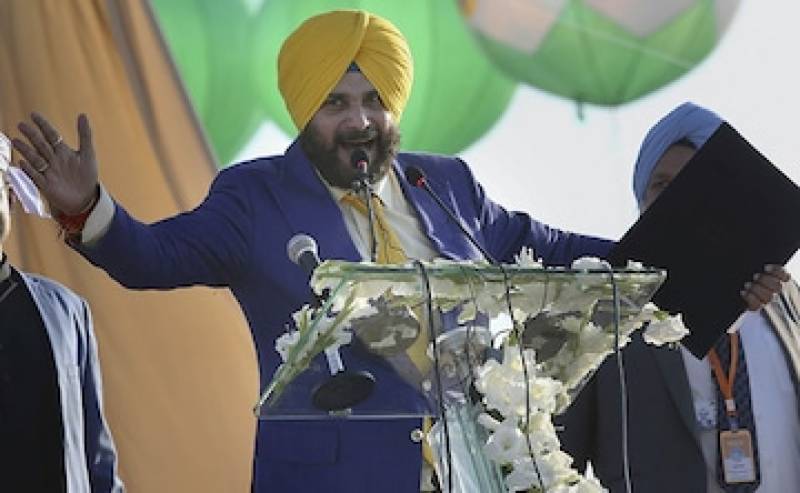 The BJP on Sunday slammed Congress leader Navjot Sidhu for praising Pakistan Prime Minister Imran Khan at the Kartarpur corridor inauguration across the international border and allegedly seeking to present Pakistani leadership on a higher pedestal than India's.

Navjot Sidhu had said, "Sikandar (Alexander) had won the world with fear and you won the heart all over the world."

Mr Patra alleged that by making such remarks, the Congress leader sought to show Pakistan and Mr Khan on a higher pedestal than India.