After US sanctions, Russia jumps in the Iranian sole Nuclear power plant
11 Nov, 2019 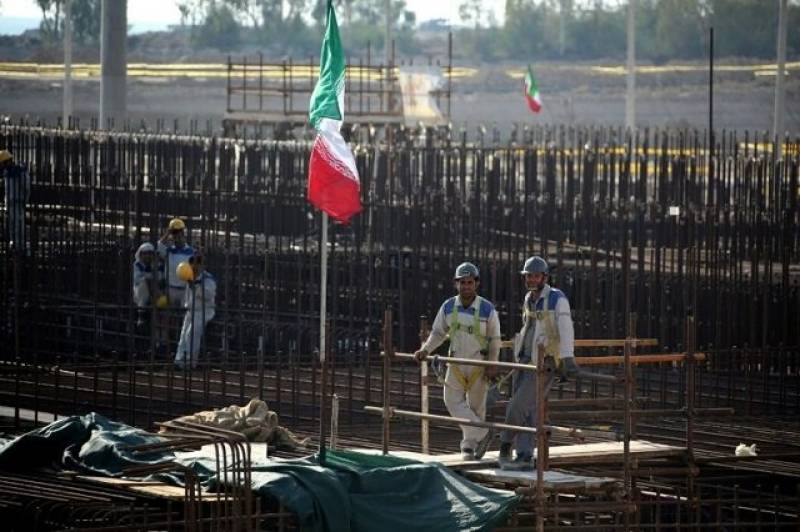 *BUSHEHR: *Tehran and Moscow inaugurated on Sunday a new phase of construction for a second reactor at Iran’s sole nuclear power plant in Bushehr on the Gulf coast.

Ali Akbar Salehi, head of the Atomic Energy Organisation of Iran (AEOI), and deputy chief of Russia’s nuclear agency Rosatom, Alexander Lokshin, launched the new stage at a ceremony where concrete was poured for the reactor base.

The reactor is one of two officially under construction since 2017 at the Bushehr site that is around 750 kilometres south of Tehran.

The landmark 2015 nuclear deal Iran signed with six major powers, including Russia, placed restrictions on the sort of nuclear reactor Tehran could develop and its production of nuclear fuel but it did not require Iran to halt its use of nuclear energy for power generation.

“In a long term vision until 2027-2028, when these projects are finished, we will have 3,000 megawatts of nuclear plant-generated electricity,” Salehi said at the ceremony.

The Islamic republic has been seeking to reduce its reliance on oil and gas through the development of nuclear power facilities.

Russia built the existing 1,000 megawatt reactor at Bushehr that came online in September 2011 and is expected to undertake construction of a a third in future, according to the AEOI.

As part of the 2015 agreement, Moscow provides Tehran with the fuel it needs for its electricity-generating nuclear reactors.

Intended to guarantee that Iran’s long-controversial nuclear programme would never be used for military purposes, the survival of the deal has been under threat since the United States unilaterally withdrew from the agreement in May 2018, reimposing biting sanctions.

In response to the sanctions, which deprive Iran of anticipated benefits from the deal, Tehran began walking back on its commitments from May this year. - APP/AFP