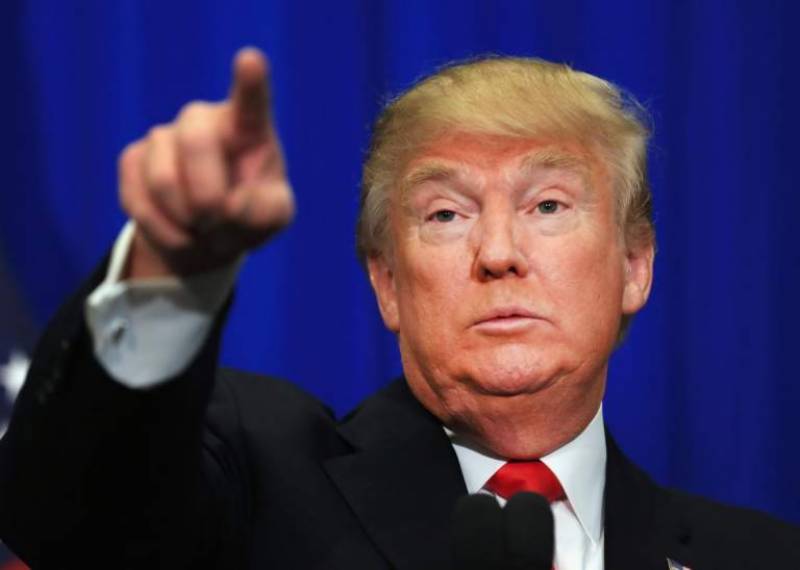 The president-elect's Muslim ban was brought back into the spotlight after the December statement disappeared off his website and then reappeared Thursday afternoon.

Trump's stance on Muslim immigration had been unclear in recent months after Vice President-elect Mike Pence told CNN in October that he was no longer calling for a ban on Muslims.

"Well, because it's not Donald Trump's position now," Pence said during an October 6 appearance on CNN's New Day when he was asked why he was no longer critical about Trump's proposed Muslim ban. In December, Pence called the ban "offensive and unconstitutional" months before joining Trump's ticket.

The Trump campaign denied Pence's claim that Trump had changed his stance. When asked to clarify their position, they issued a statement that said Trump planned on "temporarily suspending immigration from countries with a history of exporting terrorism until proven vetting methods can be established and, in general, we are tightening screening standards including examining whether candidates for entry harbour any hostility to the United States, its people, or its values, something that is not currently done."

Cheung did not immediately respond to a follow-up Thursday asking if Trump still stood by the statement currently on the website calling for "a total and complete shutdown."

Trump's election has created anxiety for some, including members of the Muslim community, over the effect his presidency will have on minorities.