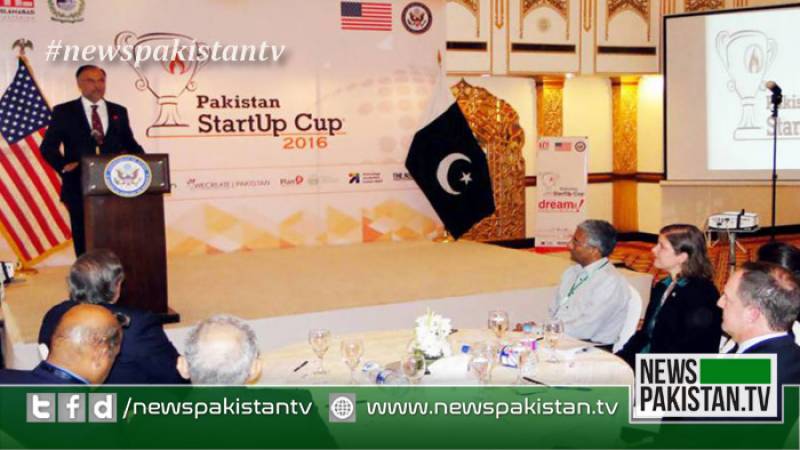 KARACHI: (APP) The Federal Minister for Planning, Development and Reform, Prof. Ahsan Iqbal has said that for the promotion of higher education in the country the Pak-US Knowledge Corridor is being initiated.

He expressed these views while inaugurating the 800 MHz Nuclear Magnetic Resonance (NMR) machine at the International Center for Chemical and Biological Sciences (ICCBS) at Karachi University on Friday.

The Minister also pointed out that concrete measures are also being undertaken along with the provinces for enhancing the academic standard.

He said that modern technology has a critical role in the process of development.

Ahsan Iqbal said that it is our endeavour that the academic system in the country is improved and there will be substantial increase in the number of Ph.Ds. in Pakistan.

For this very purpose, he added, Pak-US Knowledge Corridor is being initiated in collaboration with the United States. Under this 10,000 Ph.Ds would be produced.

The Minister said that the Hussain Ebrahim Jamal (HEJ) Institute of Chemistry was the best research centre in the country. Students from various parts of the world come here to undertake Ph.D studies.

He pointed out that higher education was a federal subject and its control is with the Higher Education Commission (HEC). The control of the universities is with the provinces.

Ahsan Iqbal said that a coordinated strategy is being determined among the provinces and the Centre for the promotion of the higher education and realizing the HEC Vision 2025.

He stated that we are also working on the disciplines of technology, engineering, science and arts and that impartation of quality education at primary level be also ensured besides provision of academic facilities in the backward areas of the provinces.