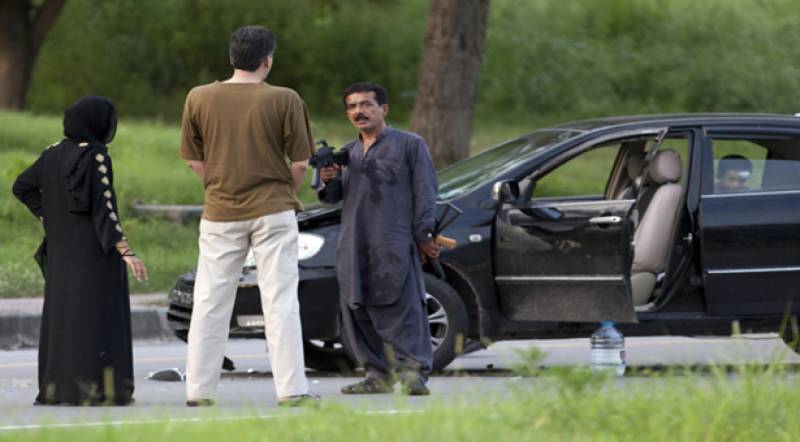 Sikandar along his wife and children blocked the road and openly fired gun shots on Constitutional Avenue in 2013.

The verdict is being given after three years.

During the six-hour standoff, Sikandar presented several demands including implementation of Sharia in the country, safe exit for his children and others.

The standoff ended when PPP, leader Zamurd Khan reached to the site, negotiated with him and with sudden attempt tried to capture the man. He lost his footing, Sikandar fired several shots but Khan remained safe from injury and took children to a safe distance.