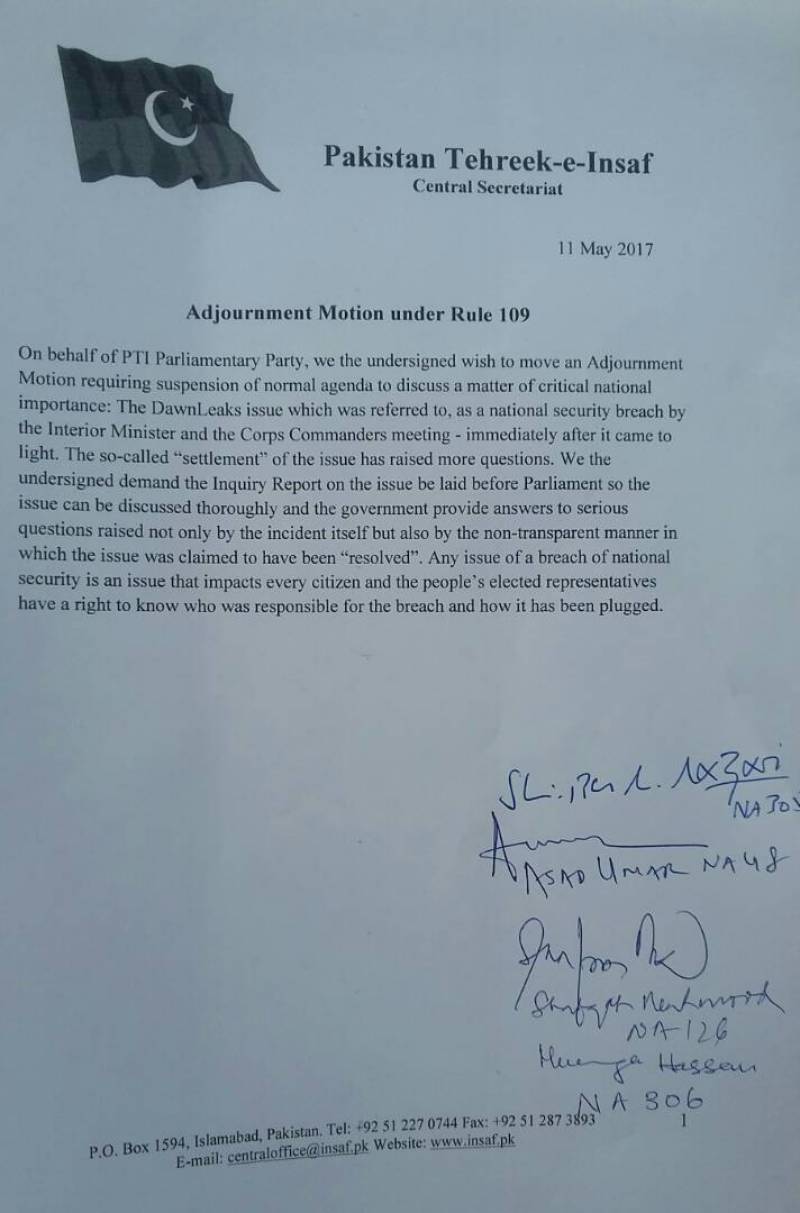 ISLAMABAD – Pakistan Tehreek e Insaaf Chairman Imran Khan has opened up another front against the government over the issue of Dawn Leaks.

The motion was moved a day after Pakistan Army retracted its tweet which rejected the notification issued by the Prime Minister’s Office to punish those involved in the scandal.

“On behalf of PTI parliamentary party, we the undersigned move an adjournment motion requiring suspension of normal agenda to discuss a matter of critical national importance: the Dawn Leaks issue which was referred to, as a national security breach by the interior minister and the corps commanders meeting — immediately after it came to light,” said the motion moved by PTI MNAs Asad Umar, Shafqat Mahmood and Munazza Hasan.

Demanding the inquiry report be presented in the Parliament, the PTI lawmakers upheld that the so-called ‘settlement’ of the issue raised more questions.

“The inquiry report on the issue be laid before Parliament so the issue can be discussed thoroughly and the government provide answers to serious questions raised not only by the incident itself but also by the non-transparent manner in which the issue was claimed to have been ‘resolved’.” said the motion.