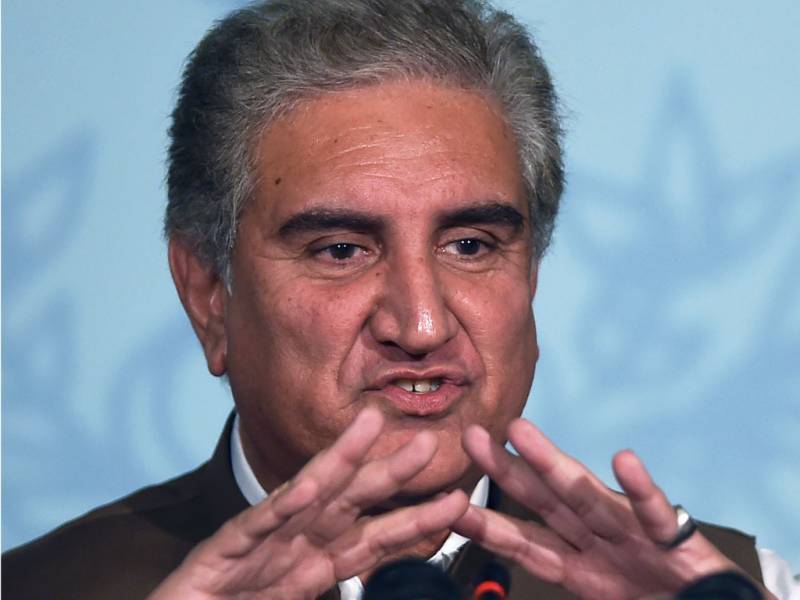 SUKKUR: Foreign Minister Shah Mahmood Qureshi on Saturday said Pakistan pursued a policy of long-lasting peace, stability and economic prosperity of the region while India was treading that of belligerency.

India on the contrary had adopted a belligerent posture that even its cricket players were wearing caps of their army while playing matches, he said while talking to media-persons here. “Pakistan wants peace, but if India resorts to any aggression, we will give a befitting response,” he added.

Qureshi said the country’s interests, its ideology and geography, were fully safeguarded as its people and the civil and military leadership were on one page. The government had tactfully tackled the situation arisen due to the Indian aggression.

The entire world was now acknowledging Pakistan’s narrative while that of Indian Prime Minister Narendra Modi was not even accepted by his own people as some sane people in India were voicing that New Delhi had lost Kashmir.

Modi would continue pursuing the same belligerent path till the general election, he added.

The foreign minister acknowledged the positive and responsible role played by the Pakistani media during the crisis with India.

He said the United Nations Human Rights Commission had called for setting up a commission of inquiry to probe human rights abuses in the Indian occupied Kashmir (IoK) while the British House of Commons had also expressed its concerns over the situation in the valley.

The situation in the IoK had deteriorated to the extent that the United States had described the place dangerous and warned its citizens not to visit it, he added.

He asked the Organization of Islamic Cooperation and the world community to take notice of India’s belligerent attitude towards Kashmir and intervene to stop human rights violations there.

India would not be able to suppress the Kashmiris’ indigenous movement and grant them self-determination right, he added.

Qureshi appealed to the leadership of all political parties to evolve consensus on the full implementation of the National Action Plan, which had been formulated through their consensus.