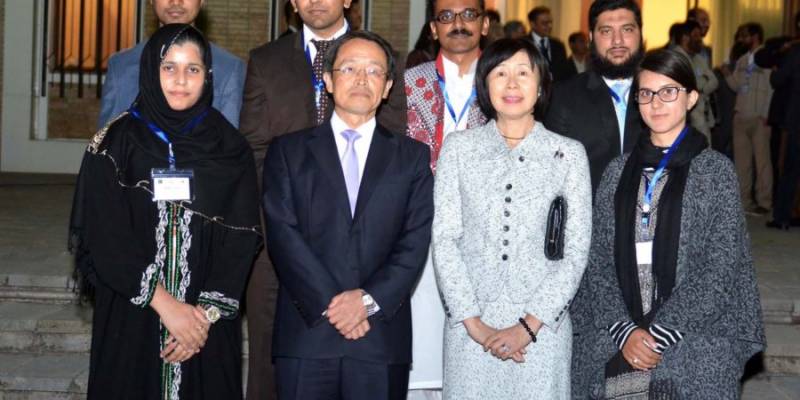 ISLAMABAD: (APP) The Government of Japan has awarded MEXT Research Scholarships for Masters/Doctorate degrees for Year-2017 to seven (7) postgraduate students of Pakistan.

It is aimed at provide them with an opportunity to pursue higher studies in their respective fields at the public sector universities in Japan.

The Embassy of Japan organized a pre-departure orientation for seven Pakistani students on Friday night who have been awarded the MEXT (Ministry of Education, Culture, Sports, Science and Technology of Japan) Research Scholarships by the Government of Japan.

Pakistani alumni of the Japanese universities were also invited at the orientation who shared their knowledge and experiences of studying and living in Japan as the young scholarship grantees.

Ambassador of Japan to Pakistan, Takashi Kurai also hosted a send-off reception at his residence to say his good wishes to the scholarship grantees of Year-2017.

Ambassador Kurai said this year (2017) marks the 65th Anniversary of the establishment of diplomatic relations between Japan and Pakistan and this scholarship programme is an important part of the great relationship that Japan shares with Pakistan.

Since the first Pakistani scholarship grantee student came to Japan in 1963, a large number of Pakistani students have successfully returned to Pakistan after obtaining their PhD/Master's degrees in Japan.

They are actively working in the academia, public and private sectors and have made significant contributions to the development of Pakistan in various fields as well as promoting the friendly relationship between Pakistan and Japan.

The Government of Japan awards graduate and post-graduate fully funded scholarships to Pakistani students every year besides many short-term scholarships and training courses round the year.