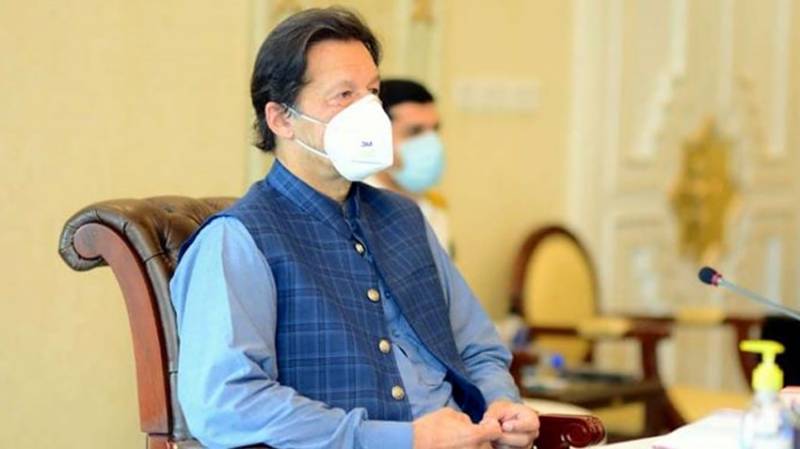 ISLAMABAD-Prime Minister Imran Khan on Thursday offered India sharing of his government's cash transfer programme that successfully dealt with the negative fallout of COVID-19 on poor.

"I am ready to offer help and share our successful cash transfer programme, lauded internationally for its reach and transparency, with India," the prime minister said in a tweet, in response to a report that 34 percent households across India will not be able to survive for more than a week without assistance.

The prime minister said his government successfully transferred Rs. 120 billion in nine weeks to over 10 million families in a transparent manner to deal with the COVID19 fallout on the poor.

A study titled “How are Indian households coping under the Covid-19 lockdown? Eight key findings”, carried out by experts at the University of Pennsylvania, the University of Chicago and the Mumbai-based Centre for Monitoring the Indian Economy (CMIE) reveals that nearly 84 percent of Indian households is seeing decreases in income since the lockdown began. Nearly a third of all households will not be able to survive beyond a week without additional assistance.

“Direct and immediate transfers of food and cash are very high priority,” said Heather Schofield, assistant professor of medical ethics and health policy at the Perelman School of Medicine and a Wharton professor of business economics and public policy.

When a nationwide lockdown began in late March, India’s Ministry of Labour and Employment asked private and public organisations not to terminate jobs on the pretext of prevailing conditions. But these pleas hardly made any difference and large-scale retrenchments have taken place as businesses have been hit hard due to the ongoing crisis.

However, the study found a “sharp and broad negative impact on household income” as the pandemic diminished their staying capacity, adding that the unemployment rate in the country had crossed 27 percent in early May, up nearly four-fold from levels in January-February.

The fall in incomes affected people in the lower and middle segments of the income distribution most severely, the study found. “Households in the lowest of the five income groups had average monthly per-capital earnings of less than Rs3,800 (about $50), while those at the high end made between Rs. 12,374 and upwards of Rs1 lakh ($167 to $1,370 and more).”

Households in the middle-income groups are hurt disproportionately more perhaps because they are most likely to be dependent on sources of income that are hit due to the lockdown, the study’s authors stated.

Rural households have seen disproportionately more distress than those in urban India during the lockdowns. Incomes have fallen at some 88% of rural households, compared to 75% at urban households, the study found.

Only 30% of households are able to survive one month or more without additional assistance. “Crucially, 14% of the sample is already out of funds and risks immediate and severe deprivation if they are unable to borrow or receive additional benefits,” the report warned.

“Rapid distribution of in-kind or cash transfers is needed to prevent a sharp increase in malnutrition and severe deprivation. Such transfers will also likely promote a more robust recovery as the country is able to reopen.”

The need for additional resources is also affected by where the household is located. “The urban poor have the least time before their resources are depleted,” the study said.         Nearly two-thirds of urban households that earn less than median income households will run out of resources in two weeks. Rural households in similar income groups have relatively more resilience, the study found, as 54% of them have sufficient resources for the same period of time.

The five states with households in most urgent need for funds — based upon two-week survival — are Jharkhand, Bihar, Odisha, Tamil Nadu, and Kerala. Himachal Pradesh, Uttarakhand, Meghalaya, Haryana, and Telangana are among the most resilient over a two-week period. “The need for resources — such as sustained and broad base of transfers — is urgent as nearly all households will be unable to survive without transfers in the medium-run,” the study said.

Millions of young workers in their 20s have lost jobs because of the lockdown imposed beginning March 25, said the report.

“Over 27 million youngsters in their 20s lost their jobs in April. This has serious long-term repercussions. It is during this age that young India builds its career in the hope of a bright future,” said CMIE CEO Mahesh Vyas.