What is behind the free fall of the Pakistani Rupee against US Dollar?
11 Jun, 2018 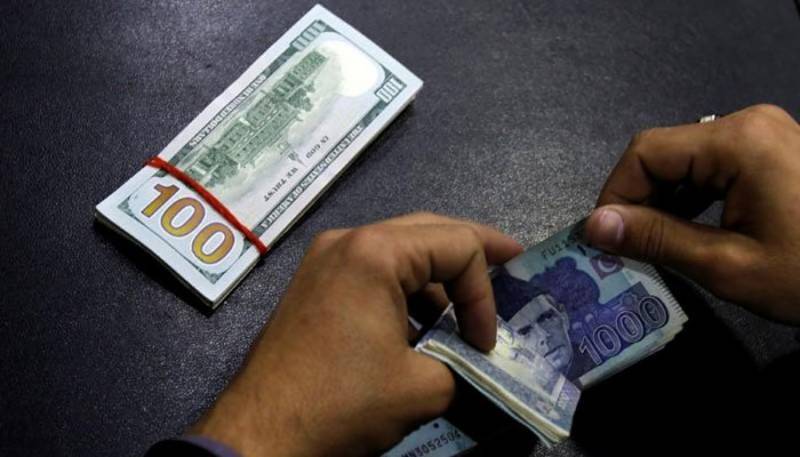 KARACHI/ISLAMABAD: The Pakistani rupee slumped 3.8 percent against the dollar on Monday before slightly recovering in what appeared to be the third currency devaluation in seven months by the central bank, traders said, amid a balance of payments crisis.

The rupee drop threatens to squeeze consumers, coming just days before the Eid holiday ending the fasting month of Ramazan and ahead of a general election set for July 25.

The apparent devaluation shows signs of vulnerability in the country's nearly $300 billion economy, as dwindling foreign reserves and a widening current account deficit trigger speculation about going back to the International Monetary Fund for loans for the second time since 2013.

One leading economist, Ashfaque Hasan Khan, said the interim government that now holds the reins during the election campaign might itself be forced to go to the IMF.

Khan said the interim government needs to take policy decisions to curb imports and increase exports, but so far the caretaker government has not taken enough steps.

"If we rely exclusively on the rupee devaluation to address our balance of payment crises, this will have disastrous consequences," he said.

The outgoing government led by the Pakistan Muslim League-Nawaz has touted its stewardship of the economy as a reason to bring the party back to power, but foreign reserves are now at a low of two months´ worth of imports.

The PML-N policy for years was to support keeping the rupee relatively stable in what was widely considered a managed float, but as the current account deficit widened and foreign reserves dropped to about half their peak, the policy shifted.

Since December, the rupee has fallen by about 14 percent.

"On Monday the central bank didn´t intervene (to support the rupee) and allowed the market to determine the rupee value," Samiullah Tariq, director of research at Arif Habib Securities, told Reuters.

"Pressure of a high current account deficit and dollar demand in the market also contributed to the rupee´s fall."

A spokesman for the State Bank of Pakistan didn´t respond to Reuters´ request for comment on the talk that the bank had withdrawn support for the rupee, triggering another devaluation. <link> <link>

Withdrawal of support would have the effect of devaluing the currency as the SBP is the most influential player in the thinly traded local foreign exchange market and controls what is widely considered a managed float system.

In December and in March, the rupee was devalued, each time by about 5 percent, by the central bank.

Pakistan´s economy is expected to expand by close to 6 percent this year, the fastest pace in more than a decade, but a widening of the current account deficit has brought new worries.

Over the weekend, the shortage of foreign currency widened the spread at which the rupee is traded in the open market and the interbank market to 4 rupees.

"Whatever has happened again today is the reflection of growing pressure on the balance of payments side, Khan told Reuters.

"It also exposes the outgoing government claims that they strengthen the economy, that they have always been claiming that they are leaving the economy in good shape. That unfortunately isn't the case."