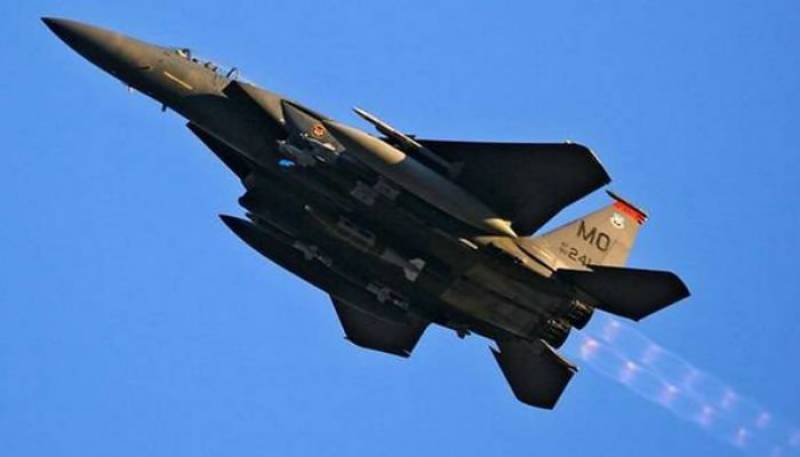 TOKYO: A US F15 fighter jet crashed off the southern coast of Japan on Monday but the pilot ejected and was rescued by Japanese forces, Tokyo's defence minister said.

The Japanese military "received information that a crew member of the F15 jet, which belongs to the Kadena Air Base, ejected above the sea some 50 miles (80 kilometers) south of" Naha, the regional capital of Japan´s southern Okinawa island, Itsunori Onodera told reporters.

About an hour after receiving the initial information, Japanese military officials spotted and rescued the pilot who sustained "non-life-threatening" injuries, Onodera said.

Kadena is the largest US military base in Japan, and hosts around 47,000 American troops under a decades-long security alliance.

A series of accidents involving US military aircraft have stoked tensions and in January Defence Secretary James Mattis apologised to his Japanese counterpart over the incidents.

They have included emergency landings by US military helicopters, a piece of a helicopter falling on a Japanese school ground, and a deadly crash last year of an MV-22 Osprey that forced a massive rescue operation.

The US military is investigating the cause of the latest accident "but I´ve requested they share information with us and that they take firm safety measures to prevent a repeat," Onodera said.

There was no immediate report of other damage caused by the incident, the minister added.

Residents of Okinawa, which hosts the bulk of American troops in Japan, have protested against the deployment of Ospreys because of repeated accidents.

A series of crimes including rapes, assaults and hit-and-run and drink-driving accidents by US personnel have also triggered protests on Okinawa, and are a frequent irritant in relations between close security allies Japan and the United States.