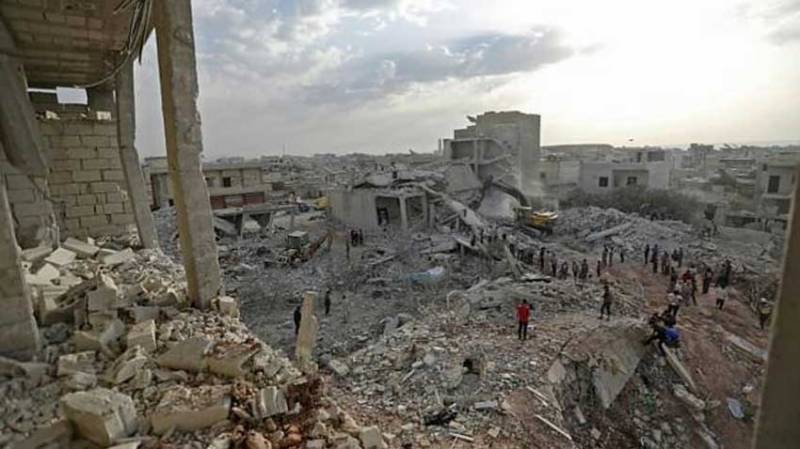 UNITED NATIONS: The UN Secretary-General Antonio Guterres has called for investigation into the air strikes in Syria on Thursday night, in which forty four people, including six children were killed.

In a statement, Guterres said Idlib is part of the de-escalation agreement reached between Turkey, Russia and Iran, urging these guarantors to uphold their commitment.

Meanwhile, seventeen civilians have been killed in raids on a hospital and populated areas in the Idlib province of Syria.

The Britain based Syrian observatory for human rights reports another ten persons including four children have also been killed in bombing over Taftan, Ariha, Banash and Ram Hamdan.