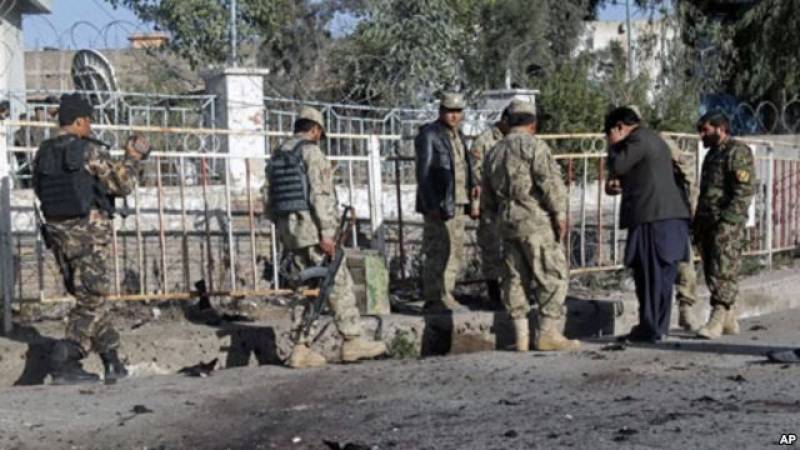 KABUL - A suicide bomber struck outside a government ministry in the Afghan capital on Monday, killing 12 people and wounding 31 days before the start of a holiday ceasefire with the Taliban.

No one immediately claimed the attack, but the Taliban and a militant Islamic State group affiliate regularly strike government targets in the capital and elsewhere. ARTICLE CONTINUES AFTER AD

The Taliban have agreed to a ceasefire coinciding with Eidul Fitr set to begin later this week. The IS affiliate is not included in the ceasefire.

Elsewhere in Afghanistan, a roadside bomb struck a microbus in eastern the eastern Ghazni province on Monday, killing six people.

Arif Noori, a spokesman for the governor of Ghazni province, said women and children were among those killed in the blast, which also wounded three people.

He said the bomb was planted by the Taliban. The insurgents mostly target security forces and government officials, but their roadside bombs often kill civilians.

In eastern Nangarhar province, a suicide bomber wounded at least 10 civilians when he struck near the Education Department in the provincial capital of Jalalabad, said Attahullah Khogyani, spokesman for the governor.

He said three other suicide bombers were shot and killed by security forces as they tried to enter the building. He said a vehicle filled with explosives was found near the scene of the attack.

In a separate attack in the same province, a sticky bomb wounded 14 civilians in the Chaparhar district, according to hospital spokesman Inamullah Miakhail.

Gen Ghulam Sanayee Stanekzai, provincial police chief in Nangarhar, said the bomb went off as people were shopping in a market.

No one claimed either attack.

Both the Taliban and IS are active in eastern Afghanistan, especially Nangarhar.