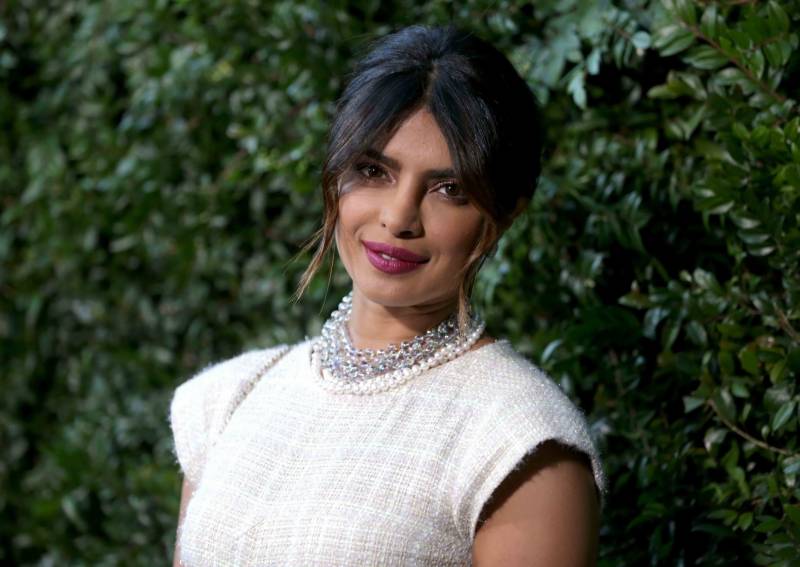 NEW DELHI - Bollywood superstar Priyanka Chopra apologised on Sunday after a furore over an a US TV series that showed her uncovering a terror plot hatched by Indian Hindu nationalists.

The terrorists had tried to frame Pakistanis for the attack planned ahead of a summit on Kashmir, a disputed Himalayan territory that arch-rivals India and Pakistan claim as their own.

Kashmir has been a source of historical tension between the nuclear-armed neighbours who have fought two wars over it.

The episode, aired on June 1, triggered outrage in India with many fans taking to social media to “shame” the Indian-born actress and calling her a “traitor”.

Chopra, a former Miss World, said she was “a proud Indian and that will never change”.

“I’m extremely saddened and sorry that some sentiments have been hurt by a recent episode of *Quantico*,” Chopra, 35, wrote on Twitter.

“That was not and would never be my intention. I sincerely apologise.”

ABC Studios, the producers of the crime drama, have also offered an apology while defending Chopra who is the lead actor of the show.

“The episode has stirred a lot of emotion, much of which is unfairly aimed at Priyanka Chopra, who didn’t create the show, nor does she write or direct it,” US media quoted the studio as saying in a statement.

“The show has featured antagonists of many different ethnicities and backgrounds, but in this case we inadvertently and regrettably stepped into a complex political issue. It was certainly not our intention to offend anyone.”

Chopra has been trolled on Twitter since the telecast and a street protest was also held in New Delhi on Saturday by a fringe Hindu outfit that demanded she be sent to Pakistan as a punishment.

“Sell outs like her are an insult to India. She consciously consented for the act. Shame,” tweeted Jagriti Shukla, a journalist.

The government “should cancel @priyankachopra passport & should not allow her to enter our nation... Let her stay in Hollywood & lick Pakistan boots. Traitor,” Sumit Kadel, a film critic, said on the site.

Chopra, the first Indian to headline a US network series, is hugely popular among Indian fans and feted for having made it in the Western entertainment industry.

But recently she was criticised by Hindu hardliners for visiting Rohingya Muslims and ignoring persecuted Hindus during her visit to Bangladesh as a Unicef goodwill ambassador.

She was also accused of disrespecting Indian sensibilities by wearing a dress that exposed her legs during a meeting with Hindu nationalist Prime Minister Narendra Modi in Berlin last year.

Chopra, who is one of the highest-paid Indian actors, featured last year in *Baywatch*, based on the television series of the same name.