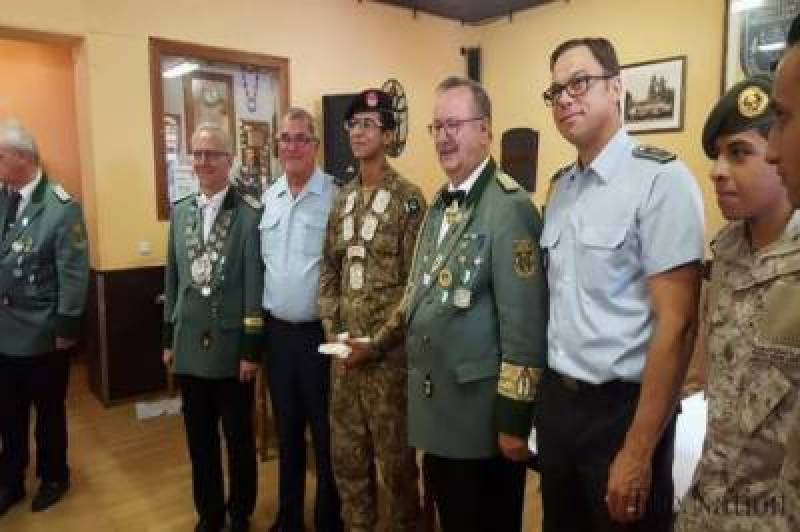 RAWALPINDI - Pakistan Army cadet Mahad Ijaz has made history after he won shooting competition, held at Germany on Sunday, setting a new record for the first time by any cadet from Pakistan Army.

According to a statement issued here by Inter-Services Public Relations (ISPR), as many as 45 countries participated in the event.

Cadet Mahad Ijaz has been declared the Best Shooter “König Bundessprachenamt 2018” (King of shooting from Federal School of Languages Germany 2018).

Ijaz is the first Pakistani to have clinched traditional trophy “Silver König Necklace of shields” (Silver Necklace of Kings), the ISPR statement added.