Nawaz Sharif is not happy over SC allowing him to visit London
11 Jun, 2018 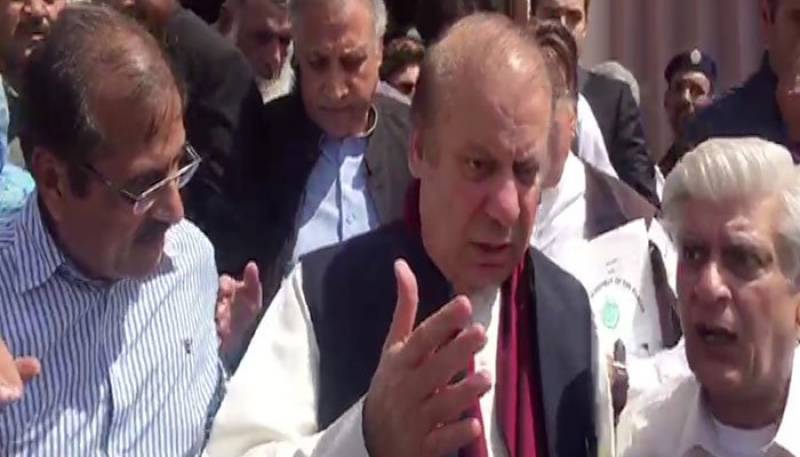 ISLAMABAD: Former prime minister Nawaz Sharif on Monday said he had neither requested the Supreme Court for an exemption from appearing in the hearings of the corruption references against him and nor planned to do so.

Nawaz and his family are facing three corruption cases in the accountability court after the National Accountability Bureau (NAB) filed references against them in light of the Supreme Court's verdict in the Panama Papers case.

On Sunday, Chief Justice of Pakistan Justice Mian Saqib Nisar had directed an accountability court to announce its verdict on all three corruption references against Nawaz and his family within a month. <link> <link>

The top judge had remarked that the former premier along with his daughter, Maryam, could visit his ailing wife Begum Kulsoom Nawaz in London.

Chief Justice Nisar had asked Nawaz's then-lawyer Khawaja Haris to inform the court of his client's date of return from London. He had also said that Nawaz's claim of being denied the permission to visit his ailing wife was a way to gain publicity. "Request us verbally and we will grant the permission [to visit Kulsoom]," the chief justice had said.

In response to a question whether the Supreme Court had granted Nawaz the permission to be absent from court in the corruption references, Nawaz denied having made any request to the apex court.

"I neither made any such request and nor plan to do so," he said in an informal conversation with journalists outside the Federal Judicial Complex where he was present for the hearing of the Al-Azizia reference.