Caretaker cabinet of Punjab: Who are the new ministers?
11 Jun, 2018 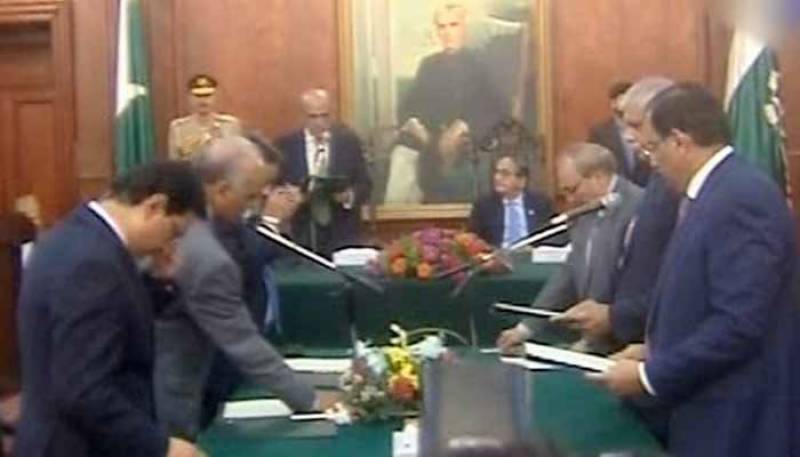 The oath-taking ceremony was held at the Governor House, where Governor Punjab Rafique Rajwana administered oath to the caretaker cabinet members.

The ECP nominated the analyst and professor as caretaker Punjab chief minister after a parliamentary committee failed to reach a consensus over the proposed candidates.