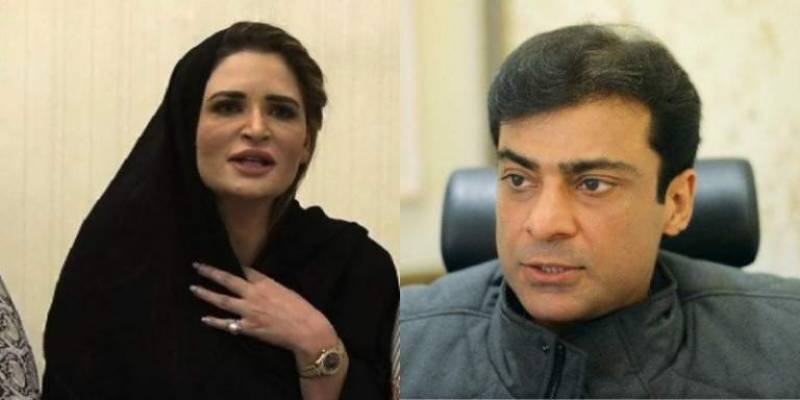 LAHORE – Hamza Shehbaz Sharif and his alleged wife Ayesha Ahad withdrew cases against each other on Monday after Chief Justice of Pakistan, Mian Saqib Nisar, brokered an agreement between the two.

During the hearing of the case at the Lahore registry of the apex court, the top judge remarked that the conditions under which both the parties signed an agreement would not be discussed on media.

Mian Saqib Nisar summoned both Hamza and Ayesha in his chamber and heard them for an hour following which he wrapped up the case.

Earlier, the Chief Justice of Pakistan, Mian Saqib Nisar suggested the formation of a high-profile Joint Investigation team to probe the dispute between Hamza Shehbaz Sharif and Ayesha Ahad.

Ayesha Ahad argued that he got hitched to Hamza in 2010, claiming that two individuals named Ghulam Hussain and Sarwar were witness in the Nikah (Marriage contract).

‘Hamza has been insulting me ever since,’ contended Ahad.

On the other hand, Hamza Shehbaz, through his counsel responded that he never got married to the lady adding that a civil court had already dismissed an appeal in this regard last year.

Upon this, the top judge went a bit emotional and remarked that both Hamza and Ayesha were like his own son and daughter, asking them that the matter could be heard in his chamber for privacy as well.

When the top judge observed that a JIT could be formed in the matter, Hamza’s counsel, Zahid Bukhari contended that it was a family dispute and there was no need of any Joint Investigation Team.

‘For a fair investigation, the court can devise a JIT,’ remarked the top judge to which Hamza’s counsel replied that with due respect, no JIT could be formed on the matter.

Ayesha Ahad argued that the issue can be dissolved altogether if Hamza utters three words, in a reference to pronouncing her divorce.

The Supreme Court had summoned PML-N leader Hamza Shehbaz and Ayesha Ahad to appear before the court on Monday.

Ayesha Ahad who claims to be the wife of Shehbaz Sharif’s son had registered a case against Hamza alleging him of assaulting her and issuing threats to her besides snatching her possessions including jewellery, a mobile phone, and a purse.