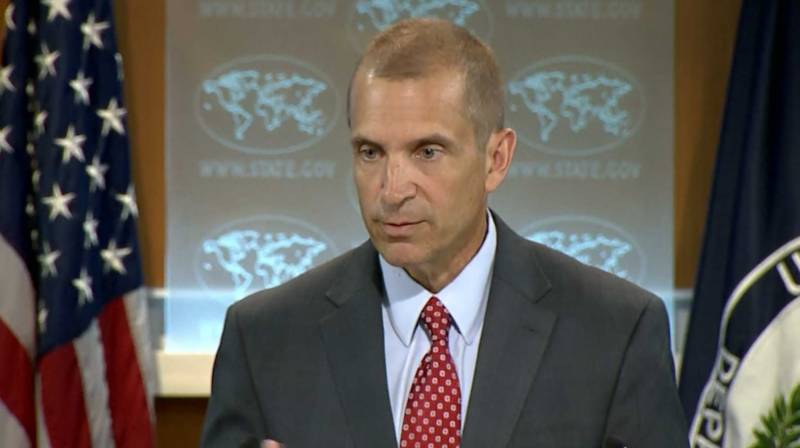 Pakistan and India need to pursue closer relations on security front to counter threat of terrorism, a US Statement Department spokesman said, stressing that the United States need to seek closer ties between both countries.

"There's no zero-sum game here," Spokesman Mark Toner told a regular briefing at the State Department, responding to a question about the recent remarks by Indian Prime Minister Narendra Modi he made during his 3-day visit to Washington this week.

Asked to comment on mention of cross-border terrorism during his address to the US Congress, the spokesman refused to say what his intended audience was, but added that there was no zero-sum game here.

"We all need to work in a concerted and coordinated fashion to address it, and we're trying to do so," he added.

A day before Mr. Modi was to address the Congress, a bipartisan group of 18 Congressmen wrote a letter to Speaker Paul Rayn, urging him to put the issue of severe violence against Muslims, Christians and Sikhs in India on top of his agenda during meeting with Prime Minister Modi.

Prime Minister Modi was scheduled to address the joint session on Wednesday, but a day before the Human Rights Commission of the US Congress held a hearing to discuss the human rights violation in India.

They told the Speaker that religious minorities in India, including Muslims, continue to live in a climate where known perpetrators commit violence with impunity, an obvious reference to activists of ruling BJP who have been involved in such incidents.

In the letter, the lawmakers cited several specific examples of violent attacks that have killed or displaced religious minorities in India.

Human rights groups in India have investigated and traced these attacks to specific groups, but a current climate of impunity exists in India around such attacks and many victims never receive justice.

The letter to the Speaker came a day after the Human Rights Commission of the US Congress held a hearing on human rights violation in India, and expressed their serious concern over the growing incidents against the country's religious minorities.