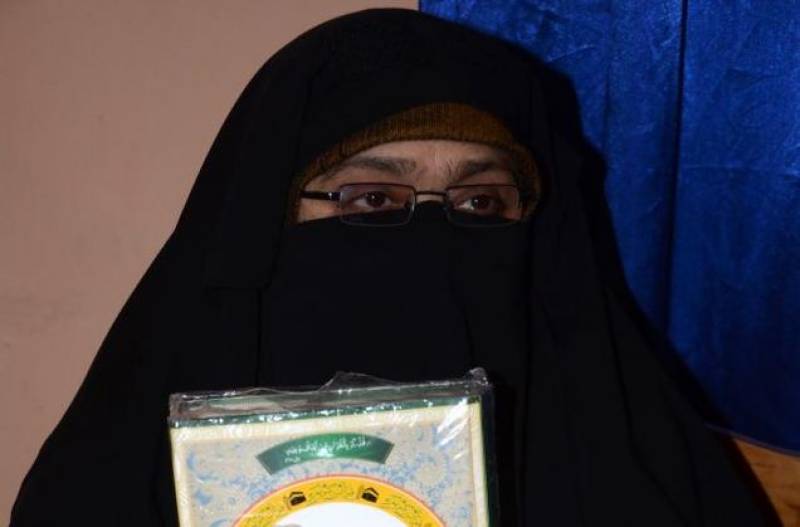 Aasiya Andrabi in a statement issued in Srinagar, Indian Held  Kashmir (IHK) said the clear-cut threats issued by Sadhvi Prachi that India should be made Muslim-free country, had exposed the real face of VHP and other Hindutva groups, reported KMS.

"How could a country where a Muslim is killed mercilessly for  consuming beef, where innocent Muslim youth are slaughtered by the  goons of rightwing forces, blame other countries of sponsoring and  spreading terrorism," she asked.