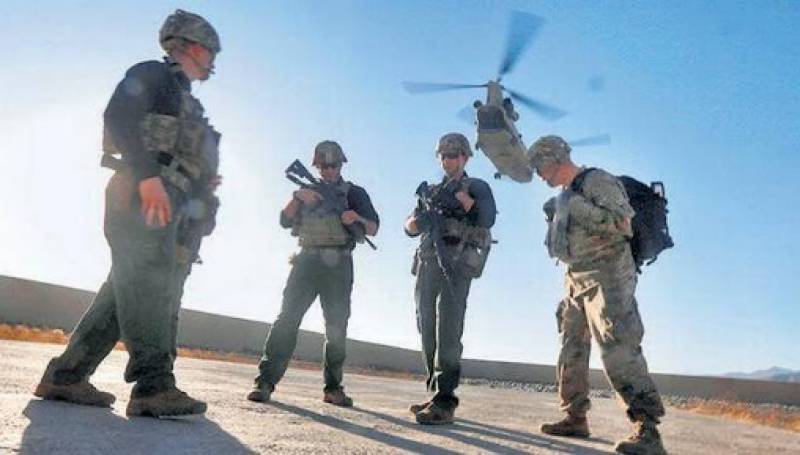 Pakistani officials say the U.S.-led NATO military coalition in Afghanistan has offered to import vital supplies through the southwestern port of Gwadar, calling it a much shorter and economically viable route into landlocked Afghanistan.

The federal minister for maritime affairs, Hasil Bizenjo, says NATO representatives proposed the idea at a recent meeting he convened with local and international business leaders.

“They (NATO) are very interested and we are working on it,” Bizenjo told VOA in an interview.

The coalition of about 16,000 troops, known as Resolute Support, mostly consists of Americans advising and assisting Afghan forces in their battle against the Taliban and other militant groups.

Currently, NATO supplies are shipped through the southern Pakistani port of Karachi, where they then are placed on trucks and transported on a week-long journey to neighboring Afghanistan via the northwestern Torkham border crossing.

The Chinese-built, Arabian Sea port of Gwadar is in the southwestern Baluchistan province adjoining Afghanistan's Kandahar province, which hosts one of the five U.S. military bases in the war-shattered country.

Gwadar port is connected to the Chaman border crossing with Kandahar through a newly constructed highway, enabling truck convoys to reach Afghanistan in fewer than 24 hours.

“Another meeting with Pakistani business and NATO representatives and Afghan transit trade dealers has also been scheduled to further the discussions, Bizenjo said, without saying when.

Pakistan earned the status of non-NATO ally for allowing U.S.-led international forces to use the GLOC and ALOC supply lines to invade Afghanistan in 2001 and oust the Taliban from power for harboring al-Qaida leaders. In return, Islamabad received U.S. security assistance and civilian aid.

The proposal to redirect U.S. and NATO military cargo from Karachi to Gwadar comes as Pakistan’s traditionally rollercoaster relations with the United States suffer fresh setbacks.

It started with a New Year's Day tweet by U.S. President Donald Trump in which he accused Islamabad of providing havens to terrorists fighting in Afghanistan despite receiving over $33 billion in aid in the last 15 years. Subsequently, the Trump administration suspended security assistance to Pakistan until it takes “concrete” steps against militant hideouts on its soil.

Islamabad promptly rejected Trump’s comments as “unwarranted” and “completely incomprehensible,” saying it was being scapegoated for U.S. failures in Afghanistan.

Officials also maintain that Pakistan has received around $14 billion, not as aid, but as reimbursement for money spent on deploying security forces on the Afghan border and conducting counterterrorism operations in support of the U.S.-led mission. They say Washington still owes Islamabad around $9 billion.

The tensions have led to negative public statements coming from both sides; but, Pakistani and U.S. officials have both dismissed the widespread impression that Trump’s Twitter comments pushed the relationship to the brink of collapse and that Islamabad intended to shut down the NATO supply lines.

Pakistan blocked the ground lines of communication for months after a 2011 attack by the NATO air force accidentally hit two Pakistani border posts, killing more than two dozen Pakistani soldiers. The lines were restored only after the U.S. military formally apologized for the incident.